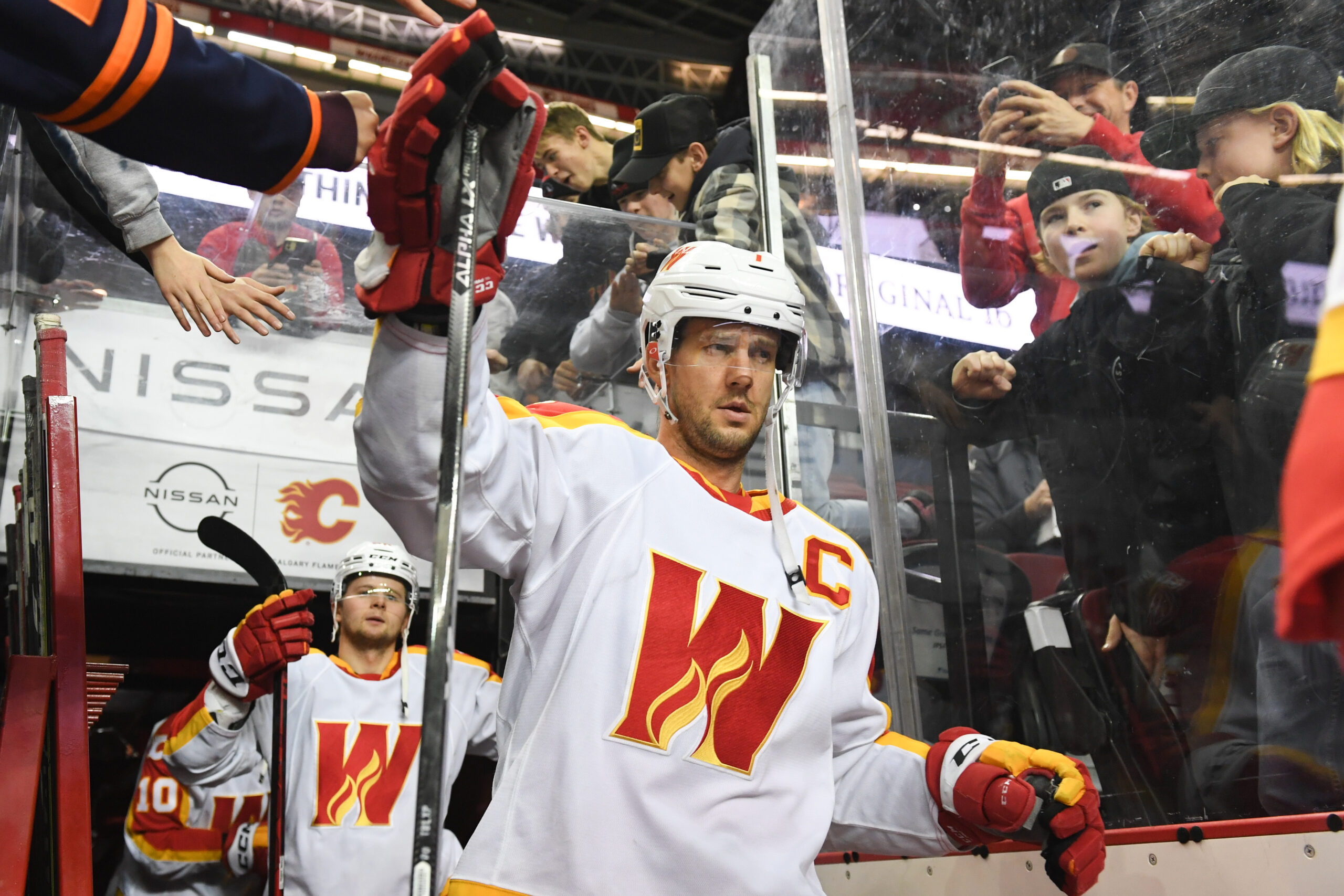 It’s been a remarkable journey, and another impressive notch in the Sutter-family belt.

To be sure, Wranglers captain Brett Sutter has played a significant amount of hockey in the last 16-plus seasons. When he suits up for career game No. 1,000 in the American Hockey League on December 21, 2022, the Viking, Alta. native will have achieved something that only eight players have achieved … ever.

Since the start of his AHL career in 2007, Sutter has suited up for Quad City, Abbotsford, Charlotte, Iowa, Ontario and Calgary.

Sutter’s overall approach to hockey during his career could be summed up like this: be a good teammate, play the game the right way, always compete.

He celebrated the millennium mark as an NHL/AHL pro last season, with this current milestone focused on his AHL career specifically. From training, to travel, to competition, pro hockey is a grind and it demands a lot.

So what exactly is Sutter’s secret to hockey longevity?

“I think a lot goes into it,” he explained. “You really have to dedicate yourself for 12 months of the year. I think the game has come so far that you can’t really take any time off now. So it’s about taking care of your body away from the rink. Then, during the season, as you get older you have to be able to adapt and play different roles and different positions and that’s what’s been able to keep me around the game for a long time.” 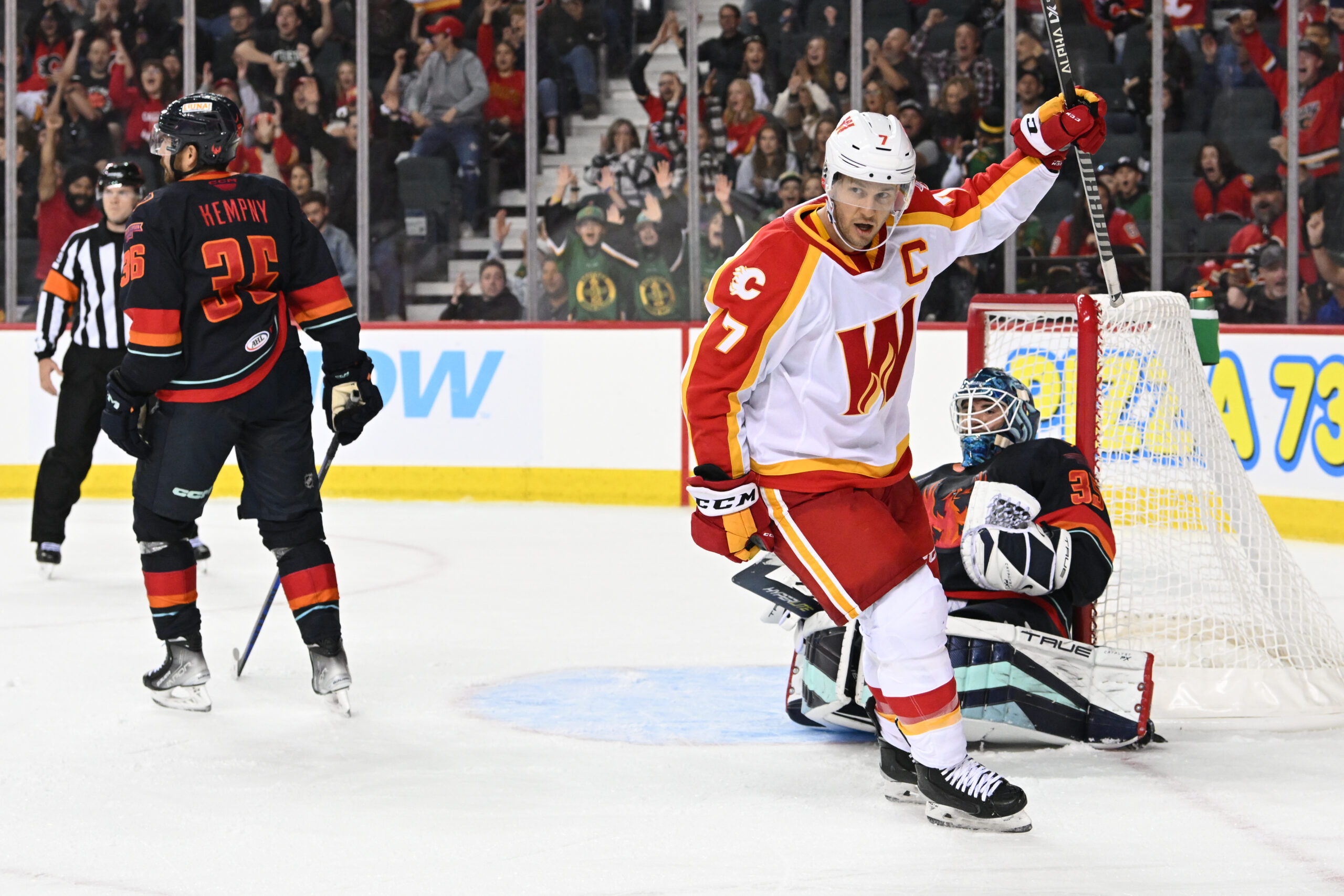 As with any vocation, professional hockey included, it helps to have fun along the way, too.

The Sutter name is synonymous with a tough, tried and true brand of hockey, likely inspired by lessons learned on the family ranch in Viking.

So, like his father and grandfather before him, Sutter inherited an ability to work hard and conduct himself with integrity, whether on the ice or on the farm. Sutter’s core values, along with his engrained hockey sense, have been prominently passed down by his parents, current Flames head coach Darryl and Wanda, and he was quick to acknowledge their integral impact on his life and career.

“It’s been everything,” he explained. “My dad, obviously, like most young kids, your dad’s the guy you look up to the most, so he’s always been there to show me the way and guide me. Always there for questions or anytime I needed help.”

“Being in a hockey family, my mom was the one dragging me to the rink and taking me to all the trips and tournaments everywhere, so she’s been the rock,” he continued. 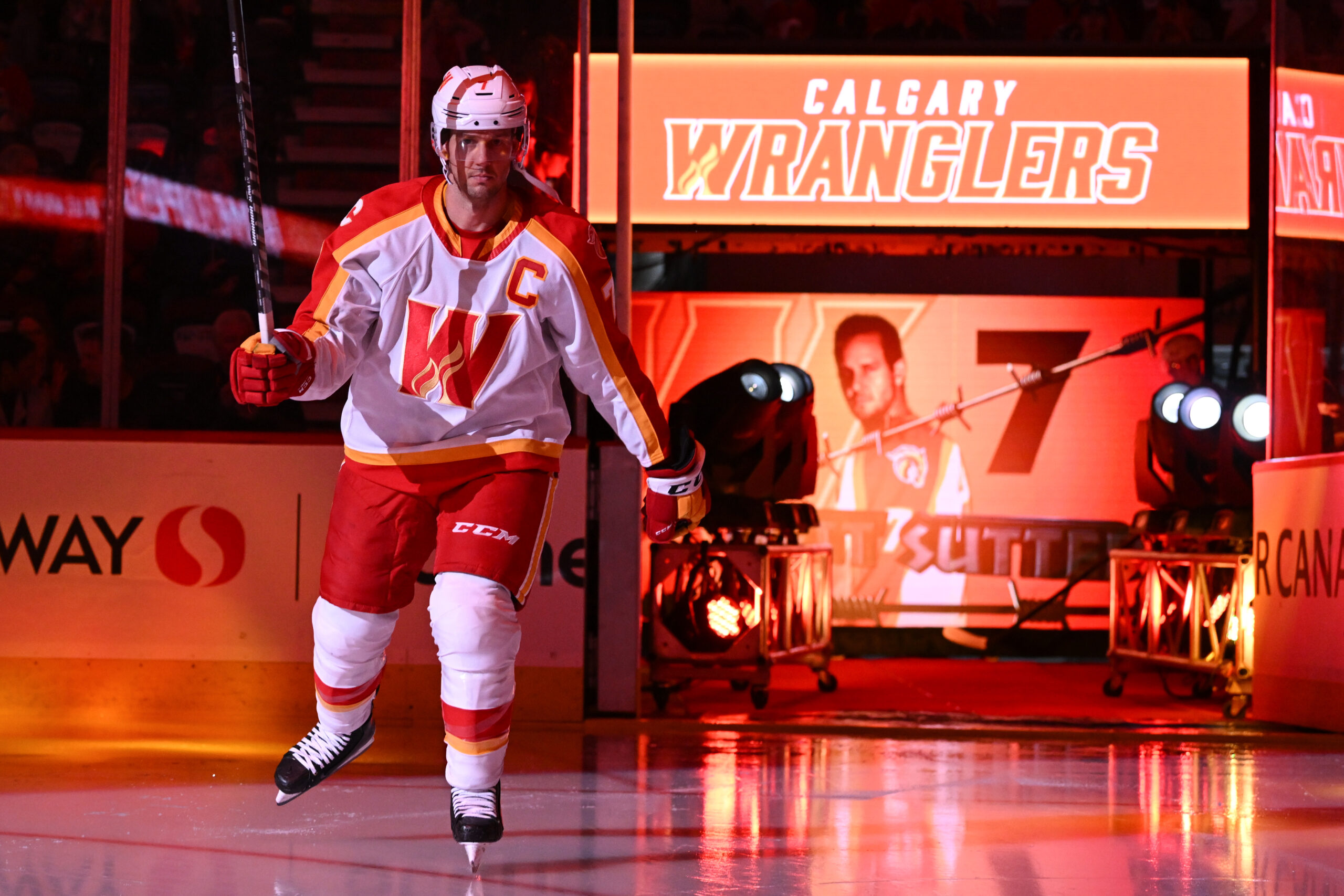 Sutter gave due credit to his brother Chris, who has been one of his most stalwart supporters over the years.

“He’s been my biggest fan,” smiled Sutter, momentarily shedding his Sutter-esque stoicism. “Someone I can call after a good game or a bad game, and he always keeps me pretty even-keeled.”

Sutter is also a husband and father himself and has garnered a deep appreciation for the sacrifices and support that have gone into helping him live out his dream and achieve this milestone. Especially from his wife, Erin who has been along for the entire ride.

“I think family is everything,” said Sutter. “We had a chance to celebrate the 1000th pro last year and it was a big moment for the family. As I get older, I appreciate how much my wife’s been through. We’ve been 16-years pro, we’ve lived in 16 different places so … she’s just the rock, she keeps everything together.”

Affectionately nicknamed ‘Dad’ in the Wranglers’ room, Sutter makes a positive impact on his teammates daily, mentoring players, leading by example and setting a standard for preparation and work-ethic. It’s the Sutter way.

It seems fitting that Sutter will play his 1000th career AHL game against the team in which he played parts of seven seasons – and also used to wear the ‘C’ for – the Ontario Reign.

“It’s really cool. It’s actually pretty crazy that it worked out that way,” he said. “There are lots of guys in that locker room both on the staff side and the player side that I respect a lot, and still have dear relationships with, so it’s going to be fun.

“Once the puck’s dropped it’s probably not going to be so fun,” he added with a chuckle.

“That’s part of the fun of hockey. You cross paths with so many guys that you become friends with over the years,” he continued. “That’s also part of the reason you want to play so long, is to have those friendships.”