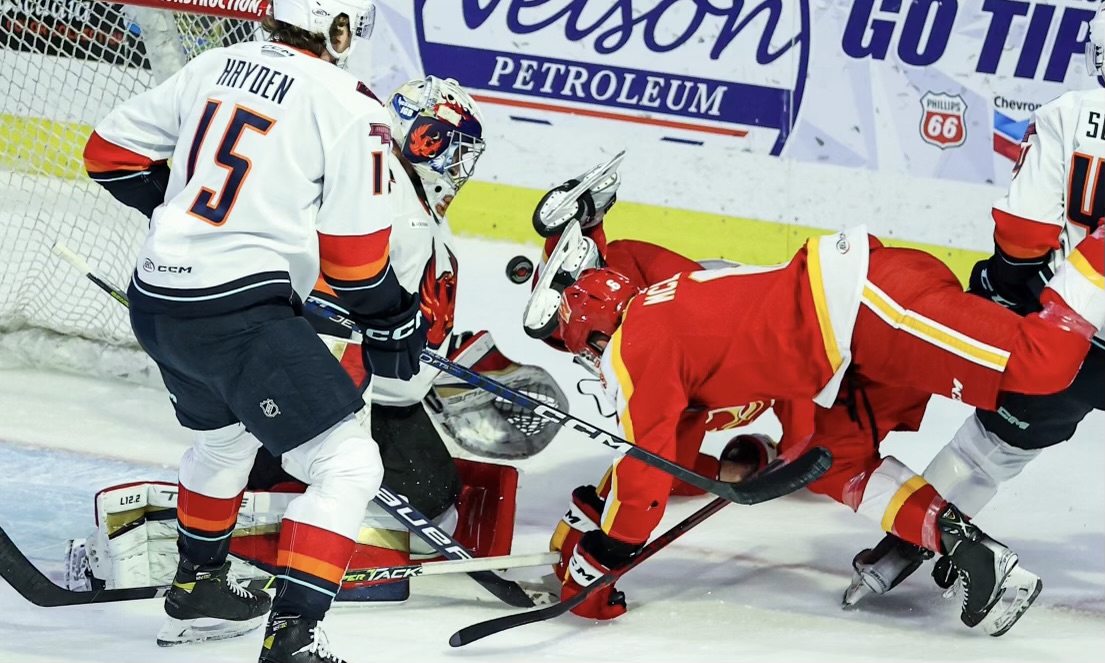 The Wranglers played their second game of the weekend against Coachella Valley on Saturday, this time at the Seattle Community Sportsplex, but lost 5-3.

Matthew Phillips scored to extend his scoring streak to four games, registering two goals and six points in that stretch, while Radim Zohorna found the back of the net in his second-straight game for the Wranglers and now has three goals in his last four contests. Connor Zary also tallied.

Oscar Dansk got the start between the pipes for Calgary, still searching for his first win of the season.

An evenly played first period saw little in terms of offence for either team, with Calgary firing nine shots on the Coachella Valley net, the Firebirds sending eight the other way. At the midway mark of the opening frame, Phillips capped off a six-minute stretch without a whistle, scoring on a give-and-go play to put the Wranglers up 1-0.

Coachella Valley would take the lead before the end of the first, as Calgary got into penalty trouble midway through the period. While on the powerplay, Ville Petman capitalised to tie the game and then, just a few minutes later, Andrew Poturalski notched his fourth of the season to give the Firebirds the lead.

The Wranglers pulled their goaltender while trailing by three goals, with less than six minutes remaining in the game. With Dansk on the bench and the extra attacker on the ice, Calgary managed to score twice in succession, drawing to within a goal late in the game.

First, Zohorna scored on a backdoor play, converting a beautiful cross-seam pass from Cole Schwindt, to make it 4-2. Moments later, in almost identical fashion, Zary hammered home a one-timer at the side of the net, on a carbon-copy pass from Jakob Pelletier, to bring the Wranglers within a goal.

The comeback attempt would be foiled in the final moments, however, as Jesper Froden deposited his fifth goal of the season into the empty net to seal it.

Next Game: November 2, 2022 vs Tuscon Roadrunners