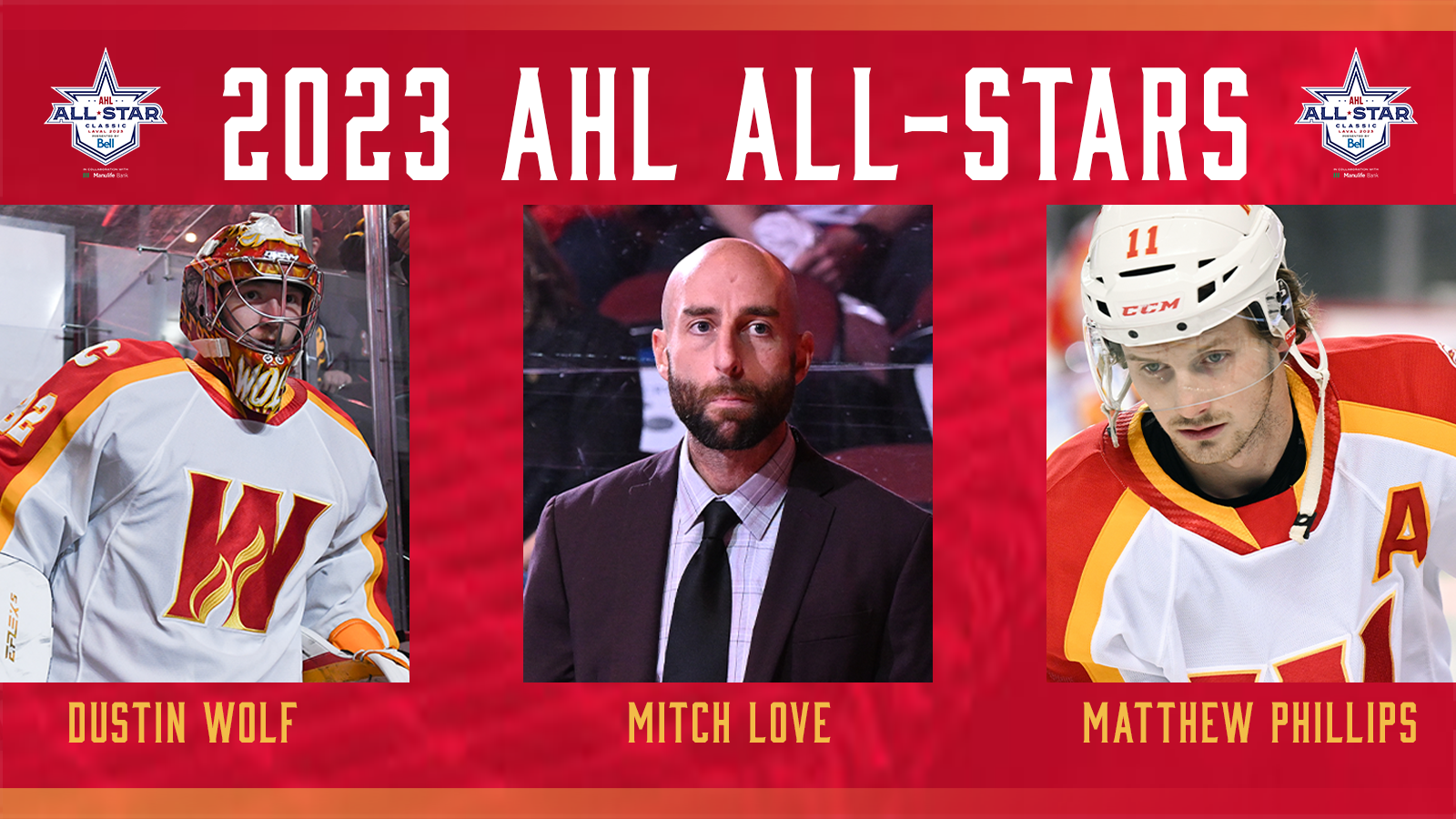 On January 1, 2023, Mitch Love was named the head coach of the Pacific Division All-Star team after leading the Wranglers to the top spot in the division by December 31st. The Wranglers have a record of 24-8-1 this season with Love quick to credit the players and his staff of assistant coaches Don Nachbaur and Joe Cirella, goaltending coach Mackenzie Skapski, and video coach Daniel Johnston for the honour.

Since joining the Calgary Flames organization as the top affiliate head coach, Love has a record of 69-24-8, leading the team to the third round of the Calder Cup playoffs in the 2021-22 season.

Way to be Philly! #AllStar pic.twitter.com/DX3kTbbghw

Phillips, a sixth-round pick of the Flames in the 2016 NHL Draft, leads the American Hockey League with 21 goals in 27 games this season. The 24-year-old sits in second in league scoring with 40 points after coming off a career-high 31 goals and 37 assists for 68 points in 65 games during the 2021-22 season. This is Phillips second AHL All-Star game nod but first appearance, being named to the roster during the 2019-20 season but unable to participate due to injury.

In Wolf We Trust! #AllStar pic.twitter.com/GFxRFzD5XM

Wolf, a seventh-round pick of the Flames in the 2019 NHL Draft, leads the American Hockey League in wins (21), shutouts (4), saves (719), shots against (772), and is second in goals-against average (2.08), and save percentage (.931). The reigning AHL Goaltender of the Year was recently named Goaltender of the Month for December and has won his last eight starts dating back to December 15th. Wolf has a career record of 56-14-4 since joining the American Hockey League in 2020-21.

For more information on all ticket options to watch the Calgary Wranglers live at the Scotiabank Saddledome this season, please visit www.calgarywranglers.com/tickets or call the Wranglers Sales Team at (403) 777-4646 (option 2).