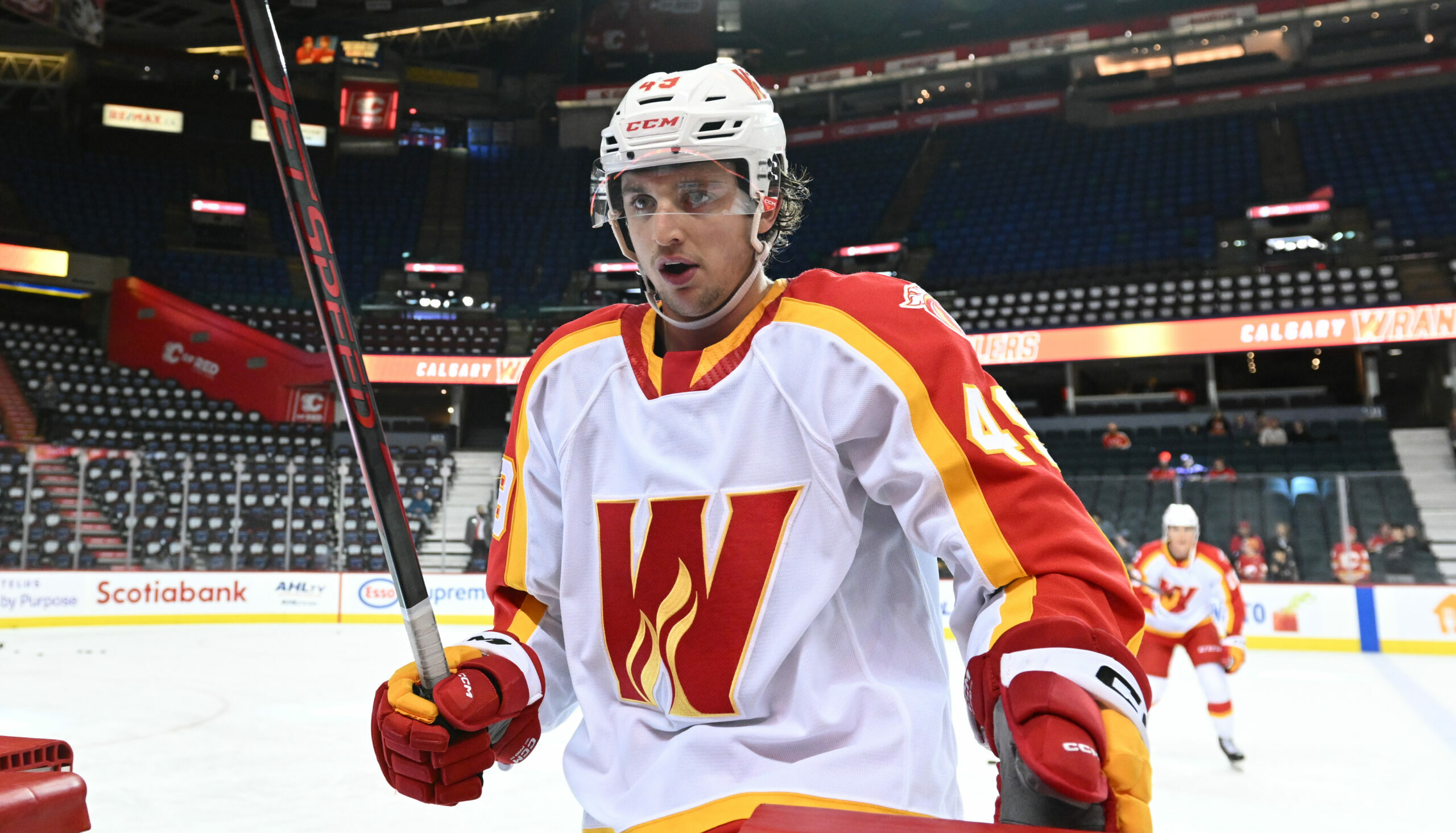 Jakob Pelletier has found his groove with the Wranglers lately. The Flames’ 2019 first-round selection (26th overall) is averaging more than a point-per-game this season, with 15 (5g, 10a) in his first 14 games and has picked up points in seven-straight outings.

The 21-year-old wasn’t thrilled about his start to the season, at least through the first couple of weeks.

However, in true Pelletier fashion, he remained positive.

The speedy forward has been working tirelessly in practice, consulting with the Wranglers coaching staff to focus on a few key aspects of his game, and just generally trying to improve each and every day.

In theory, his approach is straight-forward.

“Being in front of the goalie, crashing the net, finding some rebounds and hopefully scoring some goals,” Pelletier explained. “At the start of the year I was not really happy with how I played. I was too much on the outside. I had a good chat with the coaches and since then I think my play has been getting a lot better.

“I want to have more 5-on-5 chances and more goals and I just need to build on the past few games and I’ll be alright.”

📹 Pelletier pots one on the powerplay! pic.twitter.com/U3pxDKheNr

One thing is evident with Pelletier – he loves this game. Whether in practices or in games, he’s rarely seen without a smile on his face, always managing to find time for levity with his linemates.

“It’s one of the greatest things in life, to play hockey,” he said with a smile. “To be 21-years-old and playing hockey, you know, that’s my job, but for me it’s not really a job. It’s just about being here with the boys, working hard, winning games and just having fun.”

Pelletier has found chemistry with his current line mates, Matthew Phillips and Radim Zohorna. He and Phillips played together last season in Stockton and have both a friendship and a familiarity with each other on the ice.

The addition of Zohorna to the line has added an element of size and skill to the trio that has been an extremely effective combination for the Wranglers so far.

“I think since the beginning of the year we’ve been trying to find some chemistry with the lines,” he said. “For me, I have had some chemistry with Phillips since last year and when you add a guy like Radim with us, a big, strong guy who can skate well and pass the puck, it’s a big plus for us.”

“We’re working together and we can see that our chemistry as a line is growing and growing, and for us, it’s important to keep playing quick and smart and good things will happen.”