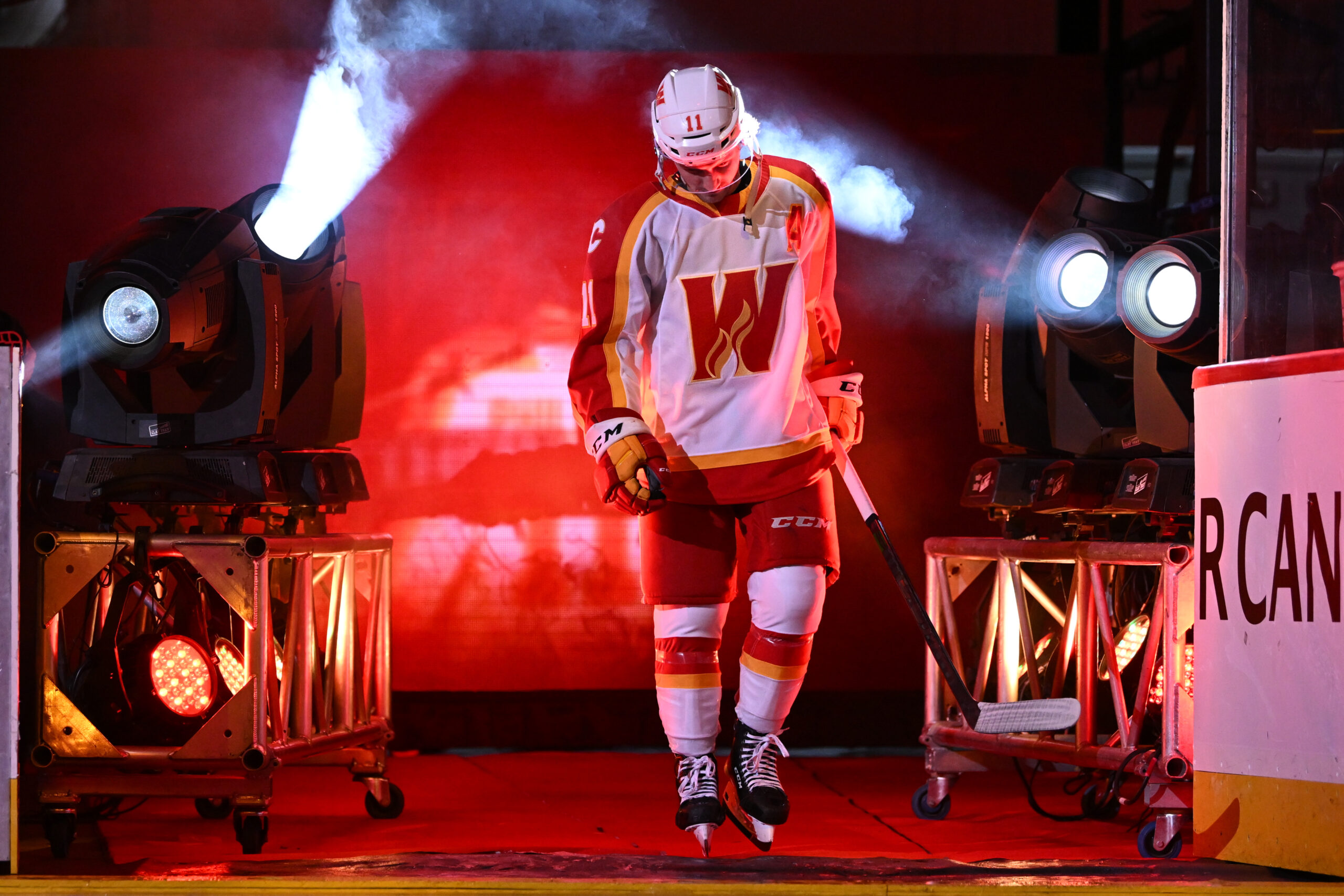 SPRINGFIELD, Mass. … The American Hockey League announced today that Calgary Wranglers forward Matthew Phillips, has been selected has the Player of the Month for November.

Phillips, the AHL Player of the Month, scored nine goals and added nine assists for 18 points in 12 games for Calgary during November.

Phillips scored the winning goal with 1:35 to play in the Wranglers’ 3-2 victory over Tucson on Nov. 4, and paced the Calgary offense with a hat trick in an 8-2 win over San Jose on Nov. 6. His goal in a 4-0 win over the Barracuda two nights later ran his scoring streak to eight games, and he finished the month with a six-game streak, beginning with two assists in a 5-1 win at Bakersfield on Nov. 18.

He scored the game-winner in the rematch with Bakersfield on Nov. 19, and picked up a goal and an assist in a 5-3 win over Coachella Valley on Nov. 22. Phillips then had back-to-back three-point games against Abbotsford, including a two-goal night on Nov. 25 and a career-high three assists on Nov. 27.

Phillips leads the AHL in scoring with 26 points and is tied for the league lead with 13 goals in 18 games for the Wranglers. The 24-year-old Calgary native is in his fifth pro season and has totaled 80 goals and 107 assists for 187 points in 217 AHL games with Calgary and Stockton, setting career highs with 31 goals and 68 points in 2021-22. A sixth-round pick by the Flames in the 2016 NHL Draft, Phillips has played one game in the NHL, making his debut on May 19, 2021, vs. Vancouver.