Phillips Picking Up Where He Left Off 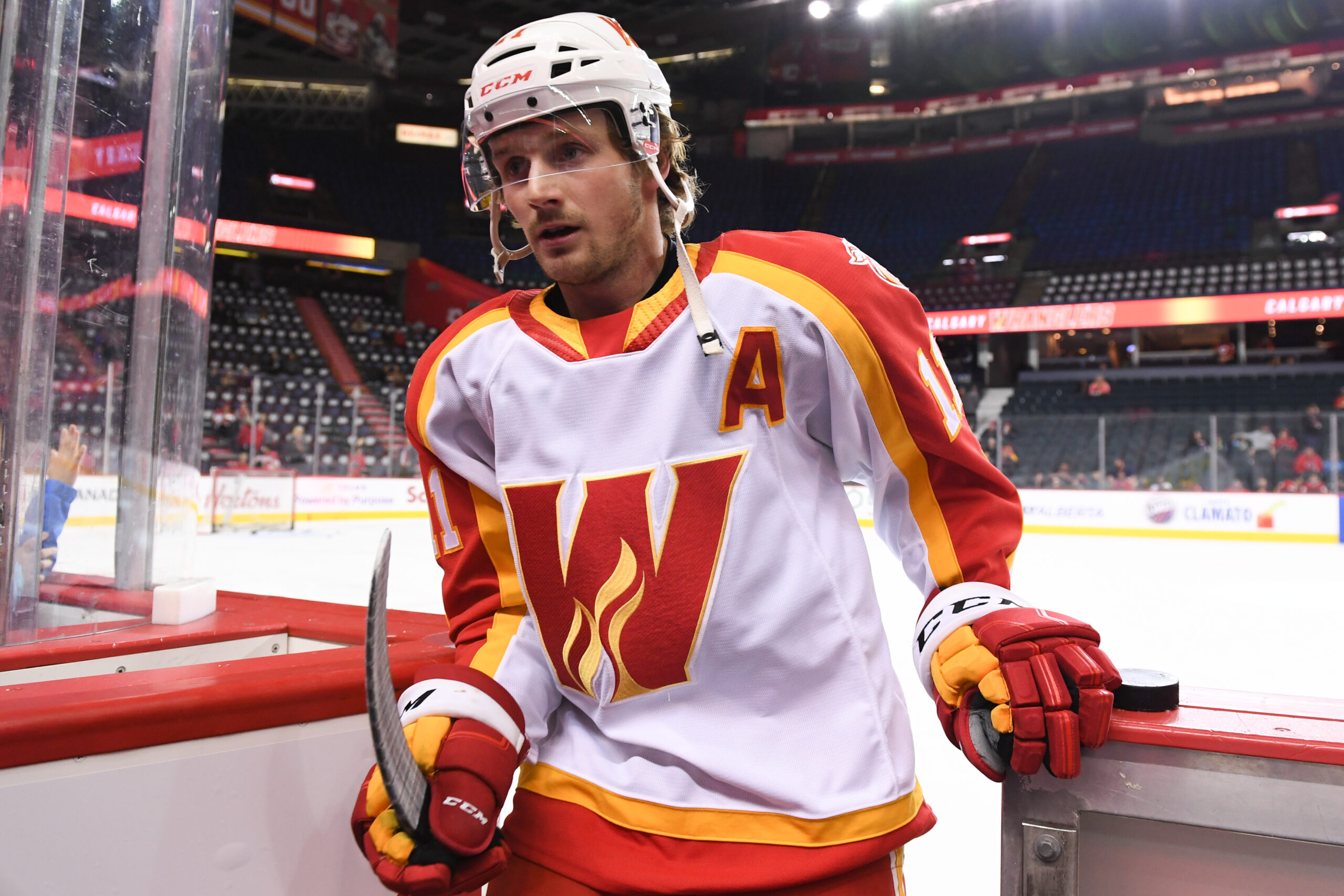 Matthew Phillips is off to a flying start for the Wranglers early in their inaugural season.

The Calgary-born forward is coming off a career-year in 2021-22 with Stockton, where he scored 31 goals and 68 points in 65 games, and he has brought that offensive flair with him to his hometown Wranglers this season.

Through eight games, Phillips leads the team in scoring with five goals and ten points, and he appears poised to take his game to another level this season

“It’s nice, obviously, to see some points and see the puck go in,” said Phillips. “The powerplay is clicking pretty good, for the most part, so that’s nice, but I still think I can grow a lot.”

Drafted 166th-overall by the Flames in the 2016 NHL Entry Draft, Phillips has played within the Flames system for parts of six seasons. The 24-year-old last suited up for a YYC-based team back in 2014-15 with the Calgary Buffaloes U18AAA. So, essentially coming full-circle and getting an opportunity to play in front of friends and family again has a been a boon for Phillips.

“It’s awesome,” he said. “It’s no secret that Calgary is a great sports city and an awesome city to live in. I love spending time here and spending my summers here, so getting to play the season in Calgary is unreal. In a Canadian market, with great fans, and just personally, in front of friends and family every night is something that’s pretty cool.”

Phillips plays a key role on the top powerplay unit, with five powerplay assists and two goals so far. According to Phillips, his preparation and approach to each game has been consistent from last season, which has led to his recent success on the scoresheet.

“I think it’s all about having the same approach,” he explained. “The American Hockey League is all about taking your game and preparing it for the NHL, being good every day and trying to improve every day.”

“I think that comes along when the team has success and everyone’s playing well, so I don’t think the approach changes too much.”

“Huge, obviously we wanted to finally get a home win.”

As the number-one affiliate of the Flames, the Wranglers are now in close proximity to NHL resources in terms of facilities, personnel and other developmental assets. Phillips admits it’s been very advantageous to have the big club close by.

“I think it benefits everybody really,” Phillips explained. “The NHL staff can keep an eye on us and we can easily go down to the ’Dome and watch a game. There are lots of resources here and you see familiar faces all the time, so I think it’s good in every aspect. It’s a great move to have the team here. It makes the young guys feel a lot more comfortable and it kind of reminds you every single day of what you are working towards.”

Phillips is currently riding a six game point-streak, a stretch where he has scored three goals, eight points, including two game-winning goals.