Sandra Prusina is the voice of the Calgary Wranglers. You can read her biweekly blog here on calgarywranglers.com

It’s hard to believe half of the American Hockey League season is in the rearview mirror.

The Wranglers have brought us many exciting firsts so far: goal, win, overtime victory, shutout, hat trick. But the highlight, at least for me, came at the opposite end of the ‘first’ spectrum.

The entire organization made it an evening to remember on Dec. 21 — captain Brett Sutter’s 1,000th AHL game. One-thousand games. It’s an exclusive club with even fewer members than Saturday Night Live’s Five-Timers. That Wednesday night, Sutter became only the eighth player to hit the 1,000 mark. Just think of how many minutes on a bus that is, the traffic jams, how many commercial flights he’s been on, the airplane snacks, and what about the long distances phone calls back home before the days of FaceTime and unlimited text messaging?

For the Viking man, hitting the milestone with the club that kicked off his professional career was only fitting. As he was handed his silver stick ahead of puck drop at the Saddledome versus Ontario, his mom, brother, wife and three children stood by his side. It certainly takes a village, doesn’t it? It wasn’t just a night of celebration for him but for the entire Sutter family that supported his journey. I joked with Peter Loubardias, who kindly joined the broadcast that night, to play the game of “Spot the Sutter” because there was a box filled to the brim with members of Alberta’s first hockey family.

The game was like a fairytale – the captain scored the winner, shorthanded no less. It came against a Reign team Sutter was a member of for parts of seven seasons. The admiration was palpable from the visitors as they not only watched the pre-game celebrations but every player stuck around after the final horn to shake Sutter’s hand and congratulate the night’s First Star.

Something Kevin Rooney said post-game stuck with me: “I’ve only known him for two weeks, but I feel like I’ve known him my whole life.” 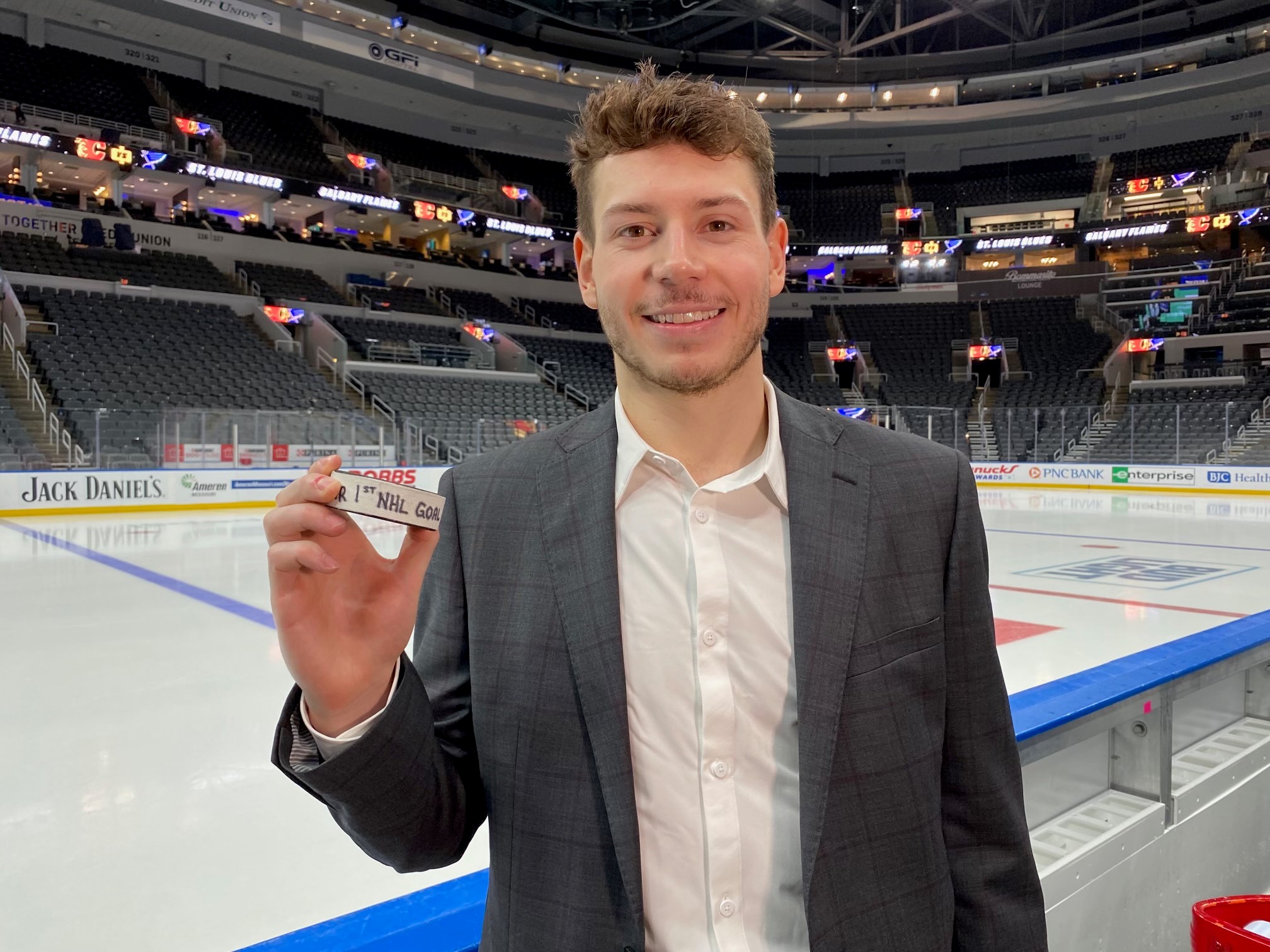