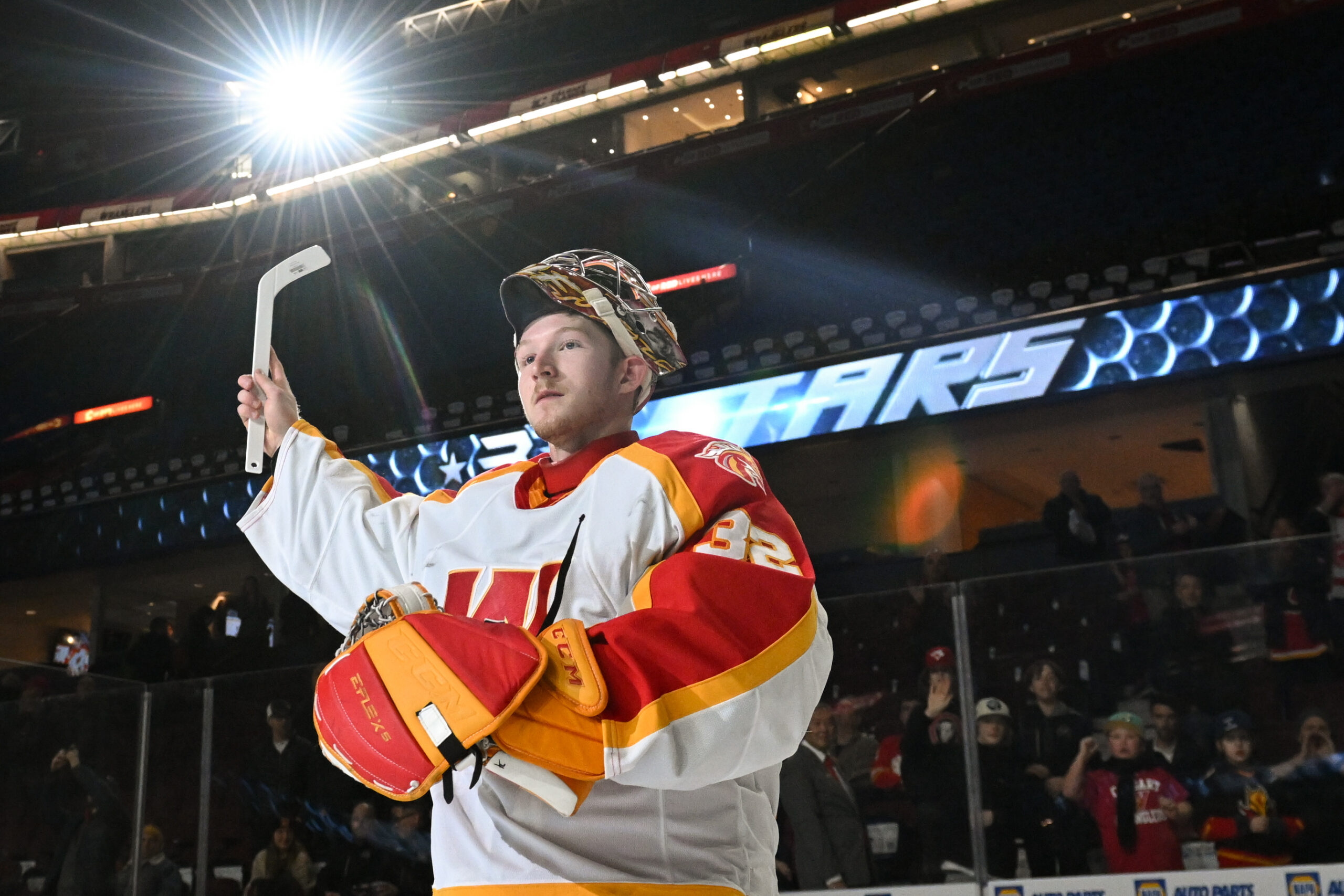 The Big Bad Wolf was fantastic, yet again.

The Wranglers were back home at the Scotiabank Saddledome on Friday night, hosting the Gulls for the first of two games against San Diego this weekend.

Dustin Wolf was lights out between the pipes, making 22 saves for his 13th win of the season and league-leading third shutout as Calgary won 3-0. The Tustin, Calif., native has now posted back-to-back shutouts, not allowing a goal in over seven periods of hockey.

Cole Schwindt scored in the opening minute for Calgary, Mitch McLain got a goal for his birthday. and Nicolas Meloche notched his third goal of the season and added an assist. Walker Duehr snagged a pair of helpers to extend his scoring streak to five games.

It was the first game for the Wranglers without the AHL’s leading scorer, Matthew Phillips, and Radim Zohorna, as both were called up to the Flames earlier in the week. In their place, Kevin Rooney and Rory Kerins, (who were recalled from the Flames and Rush (ECHL) respectively,) each added an assist in the contest.

The Wranglers got out to a hot start in the first period, wasting no time getting on the board.

Schwindt took a pass from Connor Zary in front of the net, sliding the puck past Gulls’ goaltender Lukas Dostal to give the Wranglers the early lead just 38-seconds into the game. Later, McLain added to the lead, pouncing on a puck in the slot and firing it home to extend the lead to 2-0.

The second period was a little more even as the Gulls tested Dustin Wolf with 10-shots in the frame, but he was solid throughout. Then, with less than 30-seconds remaining in the period, Meloche sent a shot through traffic from the blue line, finding the back of the net to pad the lead.

Playing their third game in a row against each other, it wasn’t overly surprising to see the final period get a little chippy. However, both teams were effective on the penalty-kill, with neither team allowing a powerplay goal against in the game.

With the win, Calgary has five-straight victories. They host the Gulls again on Sunday afternoon at the ‘Dome at 1 p.m.