Wranglers Back in the Win Column with a 3-2 Victory 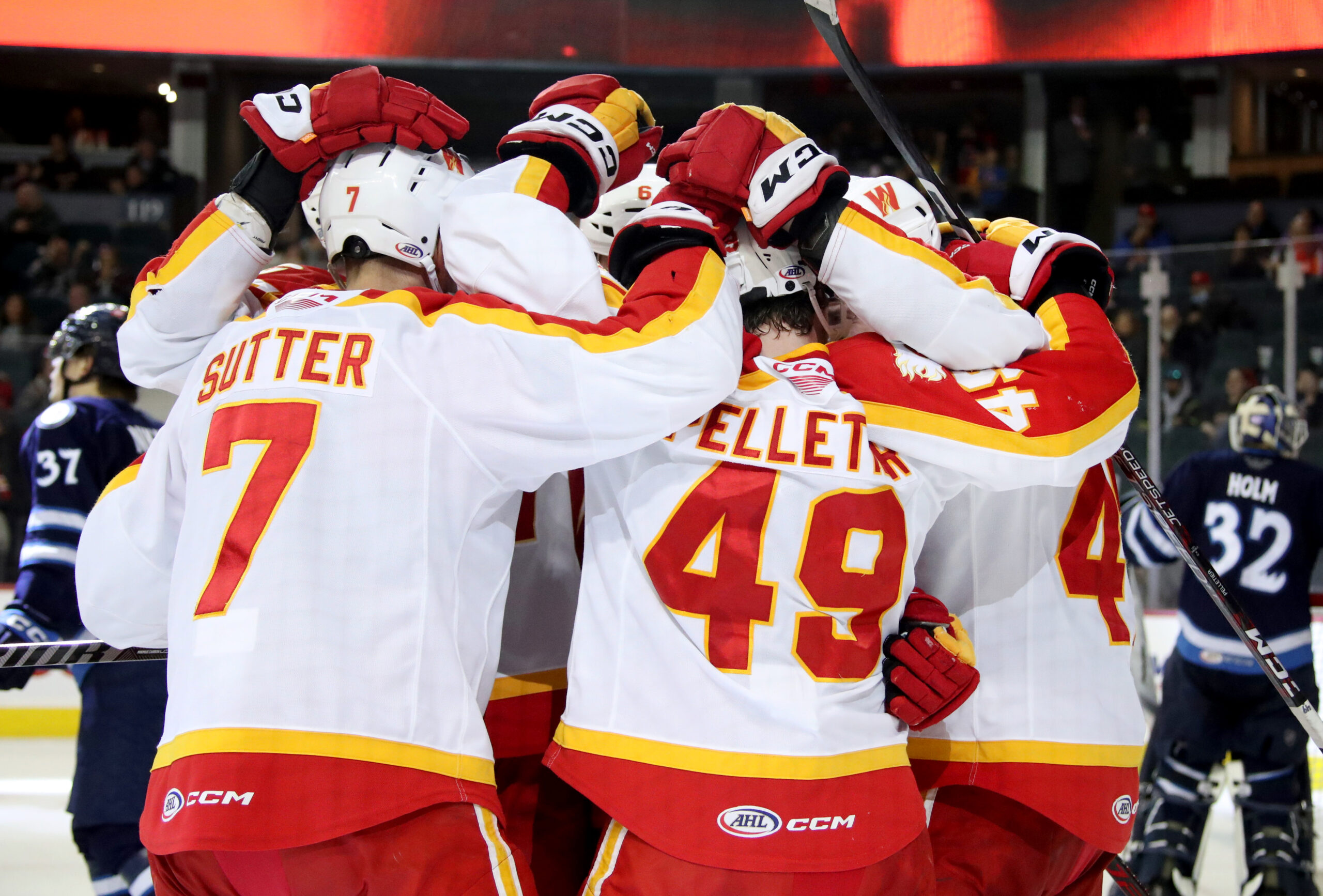 Thursday was the proverbial complete game.

The Wranglers hosted the Manitoba Moose for the second game in a row, looking to get back in the win column after a tough game in their last outing.  It was a close contest but the Wranglers walked away on the right side of a 3-2 decision ]at the Scotiabank Saddledome.

Jeremie Poirier scored his fourth goal of the season on the powerplay, Jakob Pelletier tallied his 10th goal and third point in his last three games, while Yan Kuznetsov blasted home the game-winning goal and was named First Star.

Dustin Wolf registered his league-leading 14th win of the season with a 36-save effort.

Both goaltenders were the story in the opening period.

Wolf was his usual self, making multiple big saves – 12 in the first 20 minutes – to keep the game scoreless. Meanwhile, Moose netminder Arvid Holm put together a solid period of hockey for Manitoba, stopping all 13 shots he faced. The Wranglers penalty-kill was effective early on, killing off both short-handed situations in the frame.

With just over five-minutes remaining in the period, Dennis Gilbert dropped the gloves with Jeff Malott. It was the first fighting major for Gilbert since he picked up three majors with the Flames earlier in the season.

The goaltending duel continued in the second period. Both teams traded chances throughout, but neither could find the back of the net until late in the frame.

Calgary opened the scoring on a 5-on-3 powerplay opportunity after some good puck movement in the zone as Poirier wired a shot into the top of the net. It was assisted by Cole Schwindt and Emilio Pettersen to give Calgary the 1-0 edge. 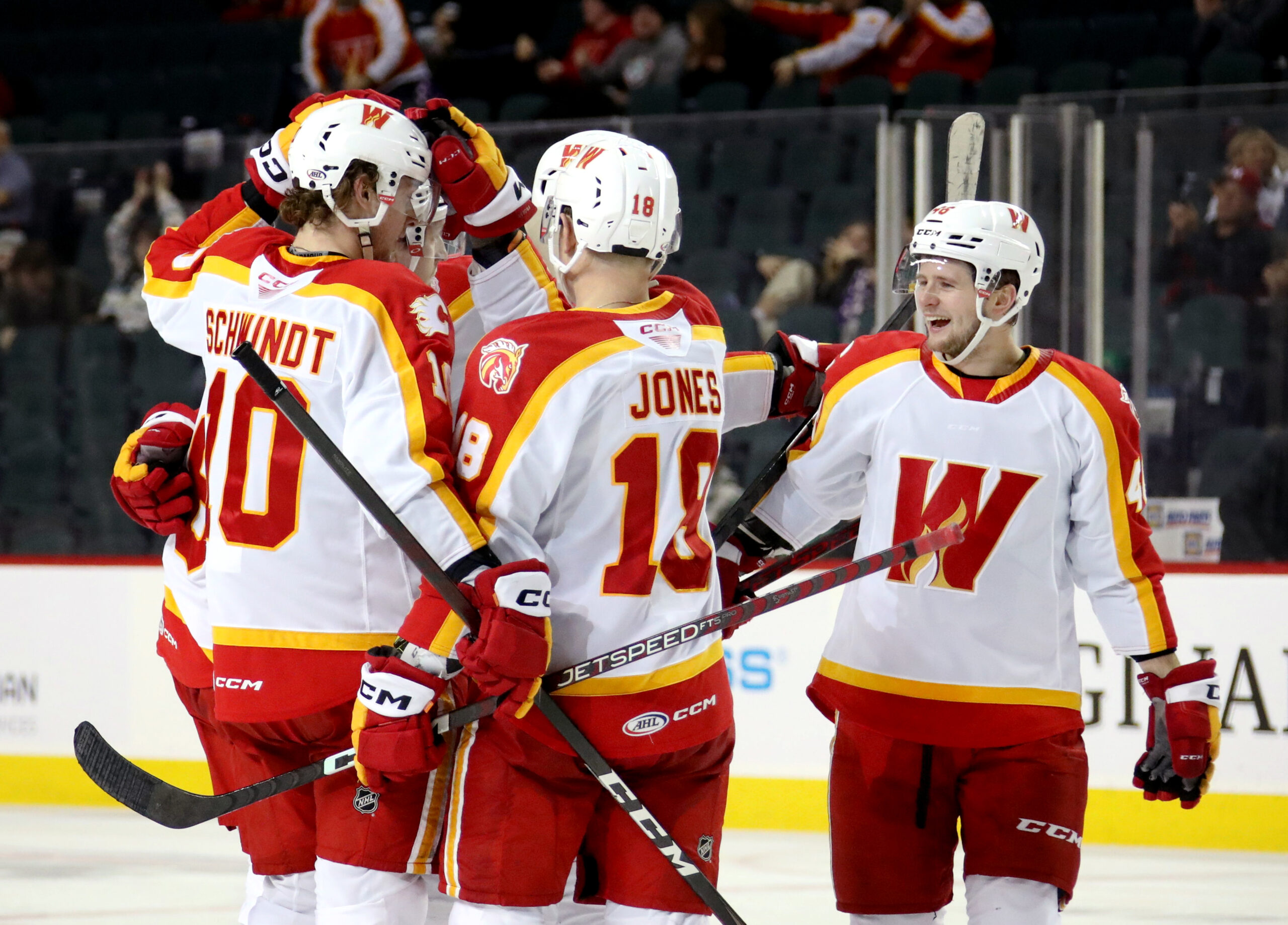 The lead wouldn’t last, however. Tyler Bauer scored his first-career AHL goal for the Moose, with 1:30 left on the clock to tie the game heading into the break.

Calgary came out with a burst of energy in the third period but couldn’t convert on their chances in the early going. Then, with the Moose on the powerplay at the 3:02 mark, Dominic Toninato scored his second goal in his last two games to give the Moose the 2-1 lead.

With the Wranglers on the PP, Connor Zary slid a pass to the side of the net where Pelletier was waiting to strike, tying up the game. Less than two minutes later, Kuznetsov blasted home a shot from the point to give the Wranglers the 3-2 lead and eventually the win.

The Wranglers host the Ontario Reign for two games at home at the ‘Dome next week before heading into the holiday break.