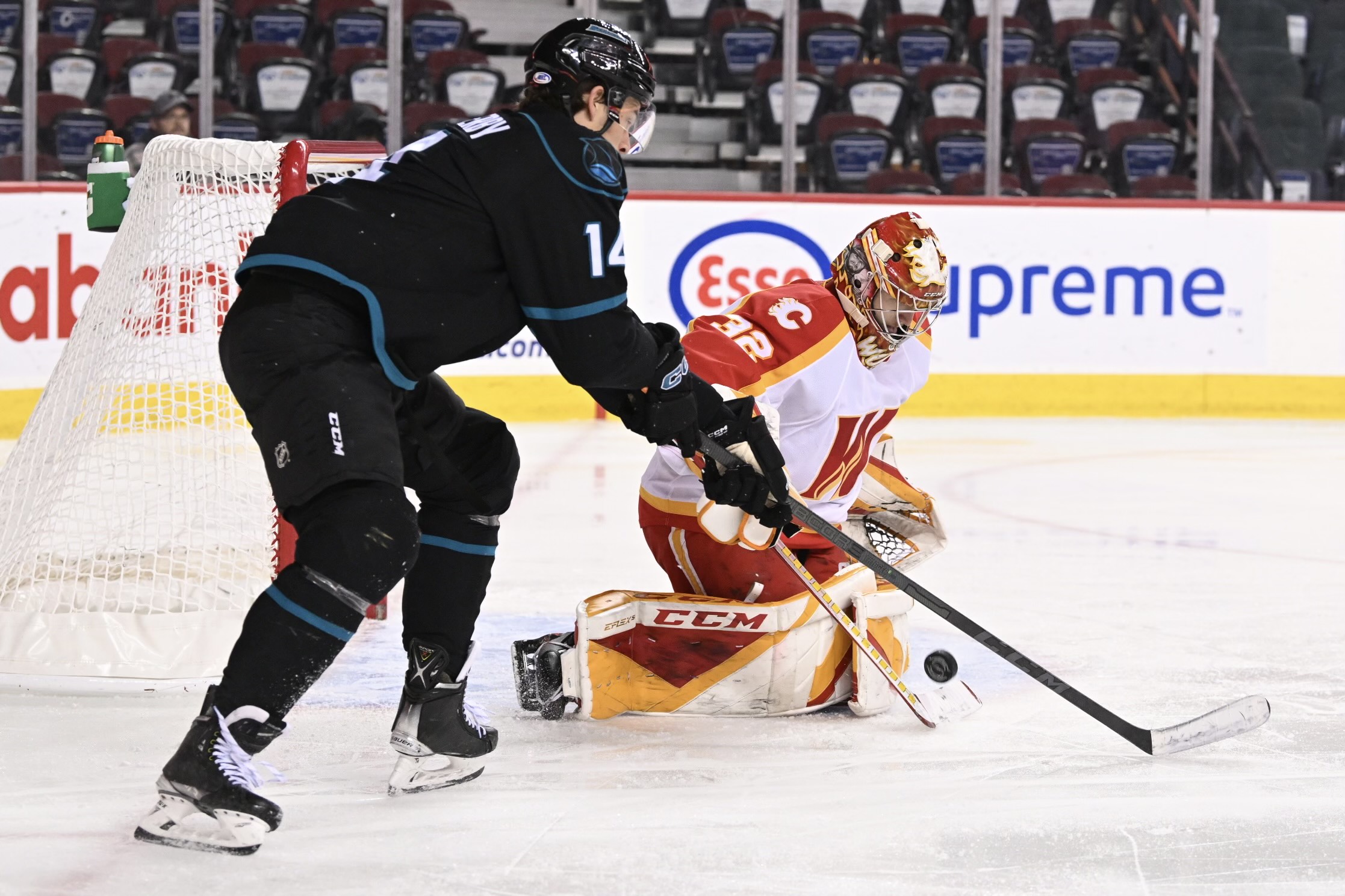 The Wranglers faced off against the San Jose Barracuda for the second time in two nights at the Scotiabank Saddledome on Tuesday, as the Wranglers defeated the Barracuda 4-0.

Dustin Wolf got the nod in net, picking up his third-straight win between the pipes with a 24-save shutout. He is 5-1-0 in his last six starts.

The previous meeting between the two teams resulted in a lopsided 8-2 win for Calgary, so a hungrier Barracuda team was to be expected in this one. That’s how it started at least.

San Jose had the edge in shots through 20 minutes, outshooting Calgary 17-3 in the first period, but the Wranglers took a 1-0 lead into the first intermission thanks to a breakaway goal from Emilio Pettersen. Dustin Wolf was dialed in early in the game for the Wranglers, making 17-saves in the opening period to keep the one-goal lead intact heading into the break.

Looking for a much needed spark in the second period, Ben Jones dropped the gloves with Luke Johnson for a spirited scrap, which seemed to ignite the Wranglers. They tightened up their defensive game, allowing just four shots in the period, which eventually translated into better offensive opportunities late in the frame. After having his goal disallowed in the previous game, Kerins would score on the wrap-around to extend the lead to 2-0.

“Felt good to get that one… it meant a lot.”

Phillips added to the lead moments later, making it 3-0, after firing a quick shot off the rush from an impossible angle to keep his scoring-streak alive, extending it to eight-straight games.

The Wranglers kept their foot on the gas in the third period. Meloche picked up his first goal of the season against his former club, blasting a shot through the legs of goaltender Aaron Dell to round out the scoring.

Looking ahead, the Wranglers head out on the road for a four-game trip, beginning with the first of two games against the Manitoba Moose on Friday night.