Wranglers Come Up Short Against ‘Knights 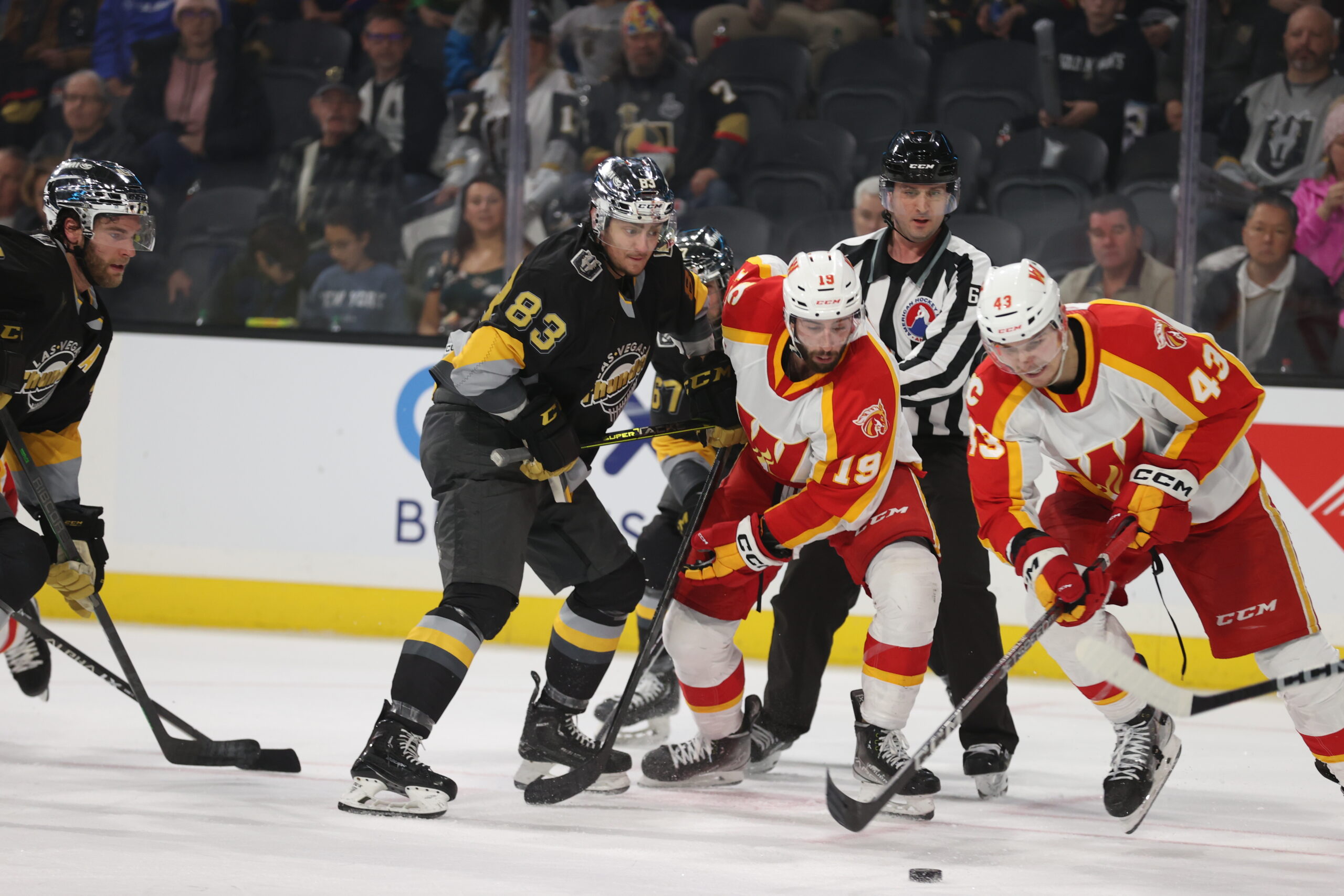 Wolf shone between the pipes, but the Silver Knights take the two points.

The Wranglers squared off on the road against the Henderson Silver Knights on Saturday evening, falling by a 4-2 score.

Radim Zohorna scored a goal in his first game back with the Wranglers since being recalled from the NHL Flames, while Emilio Pettersen notched his 10th tally of the season and added an assist. Matthew Phillips picked up helpers on both goals and now has 42 points (21g, 21a) in 29 games this season.

Dustin Wolf was brilliant in the game turning aside 30 of 33 shots while making multiple highlight reel saves to keep the Wranglers in the fight throughout the contest.

Calgary opened the scoring in the first period when Zohorna took a pass from Phillips in front of the net and fired it home. The Silver Knights would tie the game midway through the frame with his 10th of the season from Jonas Rondjberg, his second in as many games against Calgary.

Moments later, Pettersen would regain the Wranglers lead, scoring his 10th goal of the season with a well-placed wrister over the shoulder of goaltender, Laurent Brossoit.

Wranglers led 2-1 at the break.

Henderson would tie the game 2:02 into the second period with the 16th goal of the season from Gage Quinney. They would take the lead at the midway point of the frame when Sheldon Rempel scored his ninth for the Silver Knights to give Henderson a 3-2 edge.

Wolf kept the game close in the third period, making a series of saves to keep the Wranglers within striking distance. However, an empty-net goal from Maxim Marushev in the late stages of the game sealed the deal for the Silver Knights.

For the Wranglers, it is the first time losing back-to-back games since Nov.2, 2022. They’ll look to get back in the win column when they head to Abbotsford to face Canucks on Jan.18.