Wranglers Come Up Short Against Roadrunners 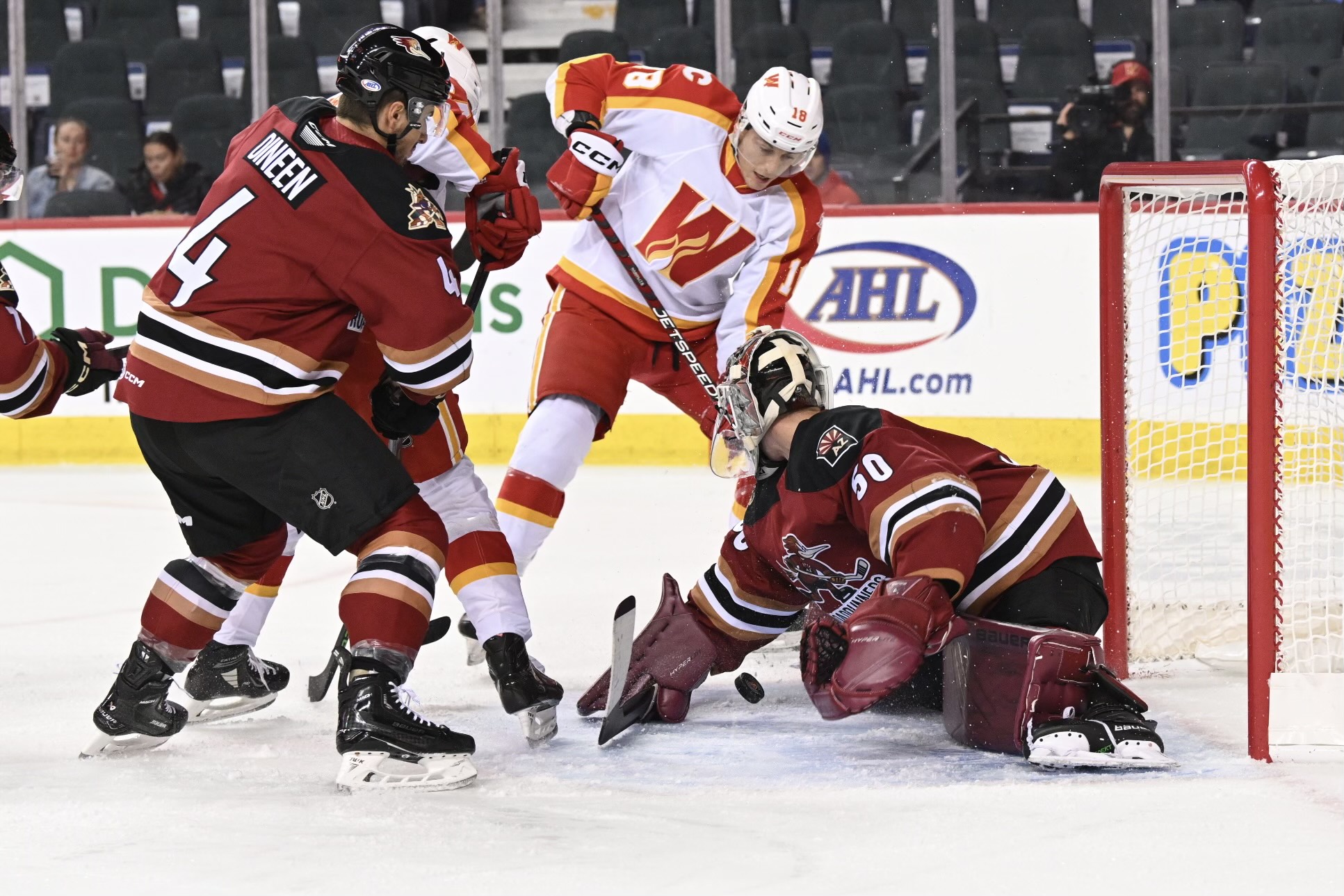 The Wranglers were back at home hosting the Roadrunners at the Scotiabank Saddledome Wednesday night, but despite a dominant first two periods, they came up short in the third, falling 3-1 to Tucson.

Connor Zary had the lone marker for the Wranglers, while Dustin Wolf  made 17 saves between the pipes.

Coming off a road trip where they split their last two games, the Wranglers were in tough against a Roadrunners team that came into Wednesday night winners of four-straight. Calgary has been effective on the powerplay so far this season, leading the Pacific Division in that category at 28.6%. They came out firing in the first two periods of play and were up 30 – 9 on the shot-clock after forty-minutes.

📹 Connor on the spot! pic.twitter.com/ZmcJDjkWlr

With the Wranglers trailing by a goal late in the opening period, Connor Zary netted his fourth goal of the season on the powerplay, hammering home a rebound with less than 30 seconds remaining in the first period to tie the game 1-1. Matthew Phillips added an assist on the goal which extended his point-streak to five games. He has picked up two goals and seven points in that span.

Although not overly tested early on, Wolf made multiple big saves in the first two periods, first with the glove and later with the left pad to keep the score tied 1-1 heading into the third.

The Wranglers did not generate any shots in the third, which opened the door for the Roadrunners offense to slowly chip away. Tucson got contributions from Jean-Sebastien Dea, Laurent Dauphin (PP) and Milos Kelemen (EN) and with the victory, Tucson extended their winning-streak to five games.

Both teams meet again on Friday afternoon for the Wranglers ‘Hockey Hooky’ game at the Scotiabank Saddledome. Puck drop: 1 p.m.