Wranglers Defence Has Been Dominant 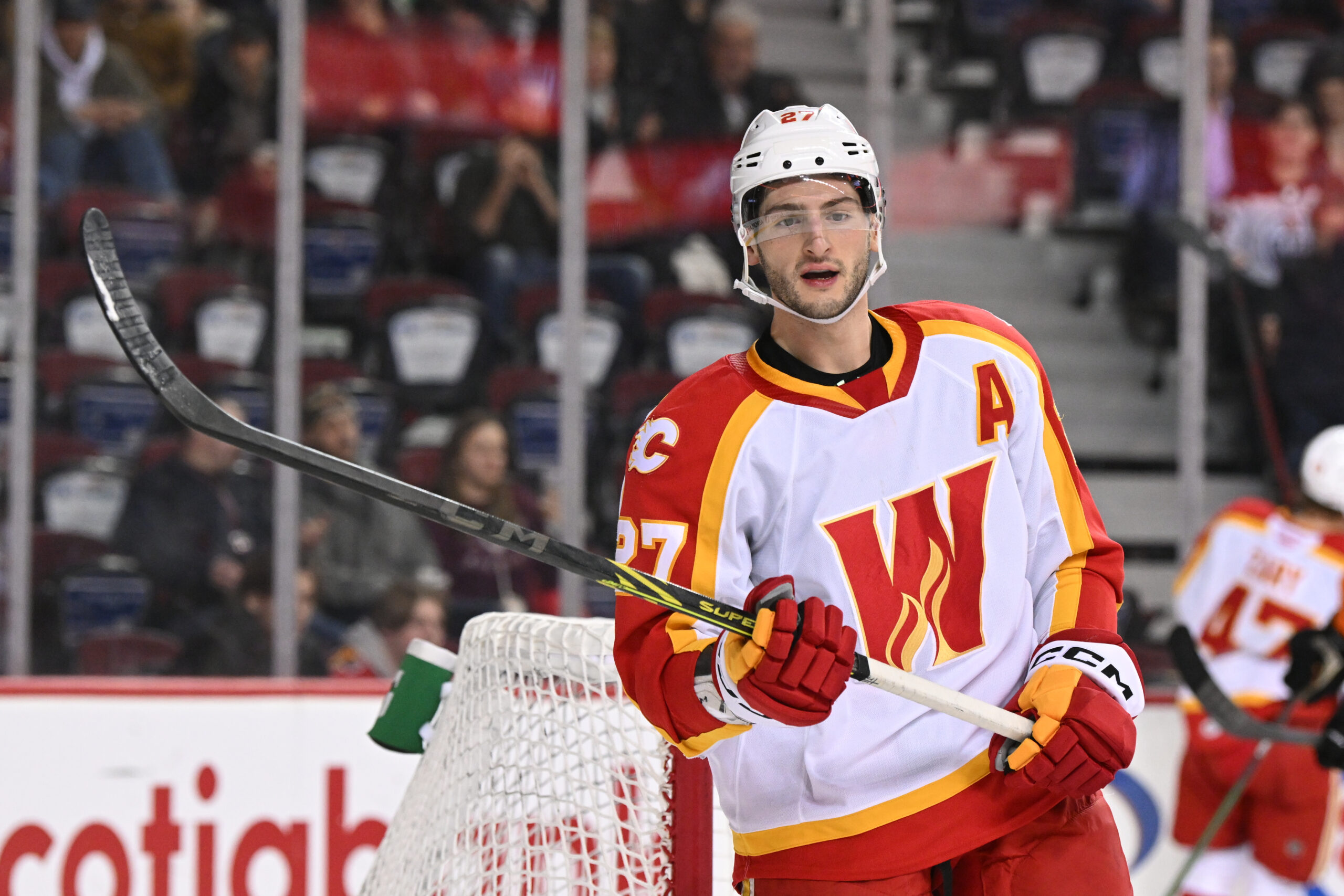 It’s often said that the best offence is a good defence.

The Wranglers certainly have a very good offence this season and are garnering a reputation for their high-flying attack and lethal powerplay prowess. The PP is tops in the West, running at 28.6% efficiency, as the Wranglers have scored the most goals in the league with 91 tallies in 22 games.

So to lend credence to the aforementioned statement, the Wranglers have been just as dominant on D.

Nick DeSimone has been impressive on the Wranglers blueline. He spent four games with the Flames in early November, which seems to have inspired and motivated DeSimone, who has been a leader in all aspects for Calgary since rejoining the team.

It is becoming increasingly evident that the East Amherst, N.Y., native has another gear to his game, and he’s starting to shift. DeSimone is a tremendous skater, with great speed, good size and heads-up, offensive-minded tendencies. He is currently averaging 0.83 points-per-game this season with four goals and 19 assists in 18 games.

Meanwhile, Jeremie Poirier is making strides in his first professional season in the American Hockey League. The 20-year-old has been an impact player on the powerplay for the Wranglers this season, with two PP goals, plus a game-winner. The Flames 2020 draft-pick (72nd-overall) currently leads all rookie defencemen with three goals, 19 points in 22 games.

When Dennis Gilbert got the call up to the Flames in November, he wasted little time making his presence felt. Gilbert quickly became a fan favourite in seven games with the big club, picking up an assist … and likely a bruise or two.

Gilbert dropped the mitts three times during his stint with the Flames and, like a truly authentic throwback player would, he feels there is still a place for that particular aspect of his game. Still, Gilbert says his focus is on being a complete player, providing more depth to his game than just dropping the gloves.

“I think there’s obviously still a place for that in the game but I think part of the success I’ve had is about doing more than just that. I thought I’ve played well, moving the puck and being good defensively and playing with physicality.”

When asked about his time with the big club, Gilbert reflected on the value of watching a veteran group of guys prepare for each game, and he hopes to apply what he’s learned to help positively impact his Wranglers teammates.

“Every time you’re up you learn some new things from different guys,” he explained. “Obviously, having a chance to be in a locker-room with some pretty established pros, like Chris Tanev on the back-end especially, you just learn how to be a pro and take some of those habits that those guys bring into their everyday routine and bring it back here.”

Gilbert scored his first goal with the Wranglers against the San Diego Gulls on Dec.11.

Speaking of firsts, Colton Poolman notched his first tally of the season against the Gulls on Dec. 3.

“It just felt good to get it out of the way,” Poolman chuckled. “It’s been a minute since I scored so it felt good. It was a good little rush, (the) guys were happy for me so, yeah, it was fun.”

Yan Kuznetsov scored his first goal as a member of the Wranglers earlier this season and has added five assists. The 20-year-old has been playing alongside Nicolas Meloche this season and the two have been an effective pairing for Calgary thus far. Meloche provides a stable presence for Kuznetsov, in games, at practice and away from the rink, as well.

“He’s a really experienced guy, he doesn’t make many mistakes on the ice,” said Kuznetsov of Meloche. “I can just really learn from him and I think (we have) pretty good chemistry. Just an awesome guy to be with on and off the ice so it really helps me.” 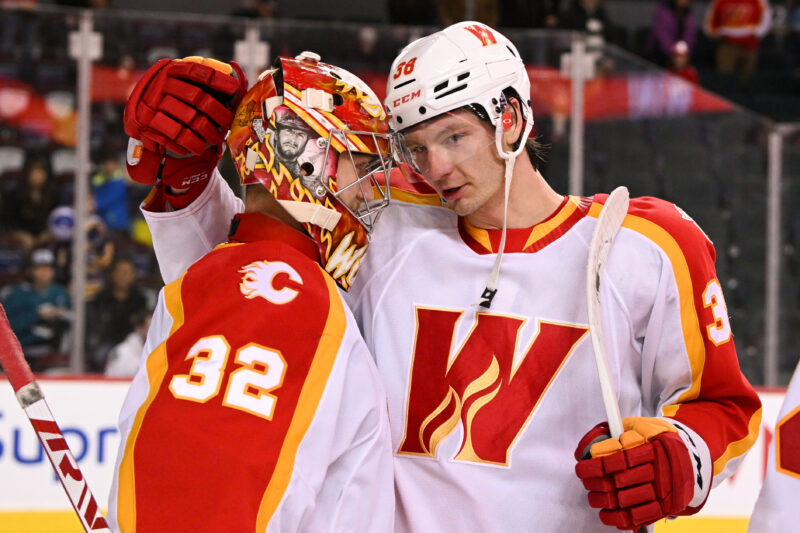 Meloche has 57 games of NHL experience and provides a daily example of how to play with consistency and structure. He has also chipped in offensively this season, with 10 points (3g, 7a) in 20 games and is currently plus-6 (+6).

Six Wranglers blueliners are plus-players this season including Ilya Solovyov, who has registered five assists and is plus-4 through 20 games, and Josh Brook who, in just five games, is plus-6 with two helpers.

Killing it on Special Teams

And finally, the Wranglers’ penalty-kill has been extremely effective.

Calgary’s successful PK begins between the pipes, where Dustin Wolf (13-3-0) has been remarkable, leading the league in wins (13) and shutouts (3), Meanwhile, backup netminder Oscar Dansk now has wins in back-to-back starts.

The Wranglers have scored three short-handed goals this season, while limiting opponents to the fourth-lowest powerplay goals-against in the league.

The PK is currently ranked third in the AHL operating at 85.6% efficiency.