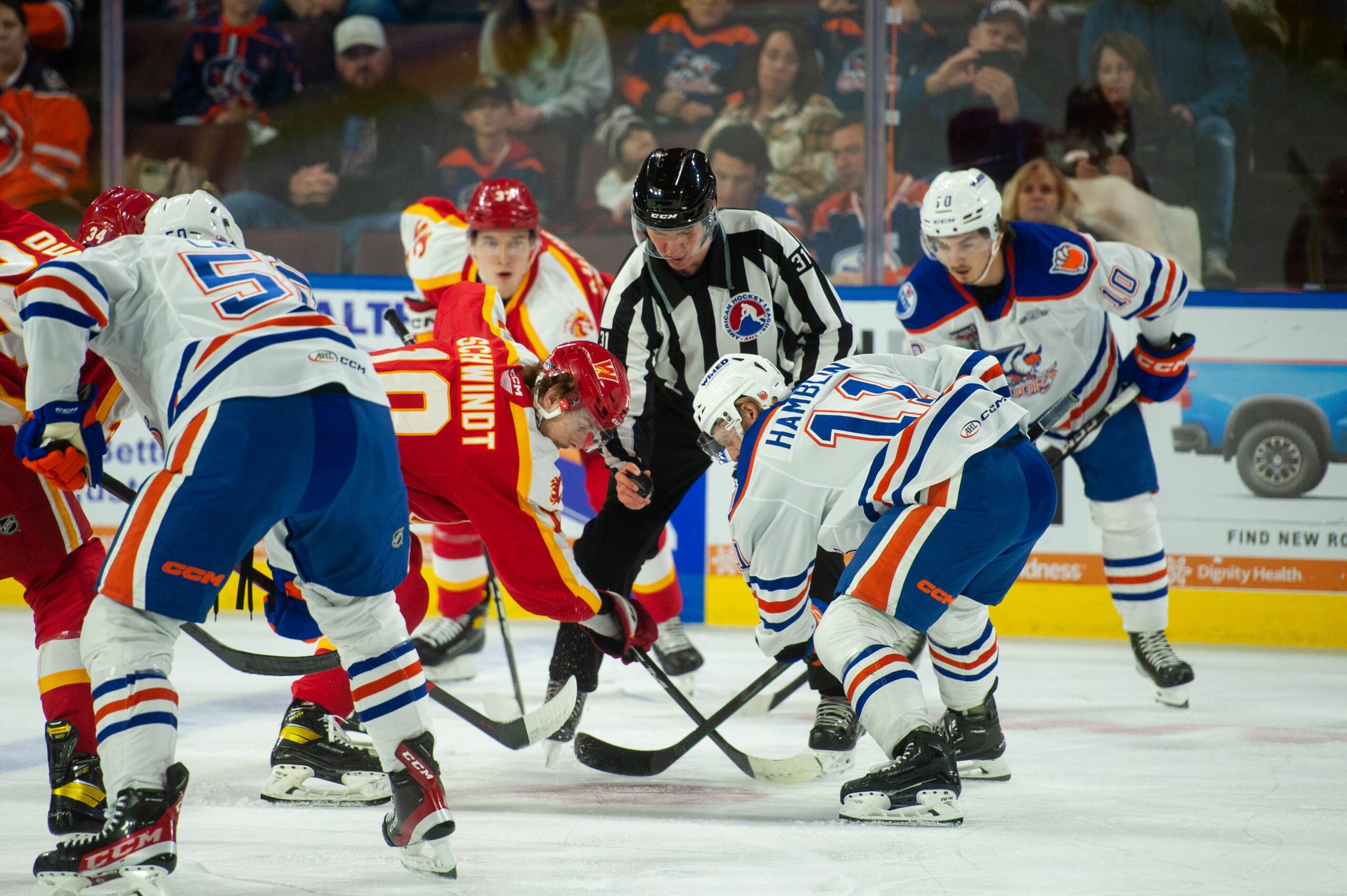 Not how you draw it up, but the Wranglers will take it.

A stellar penalty-kill effort, with a stabilizing performance from Dustin Wolf in net, earned the Wranglers a 5-2 victory against the Bakersfield Condors on Saturday night.

Connor Zary and Jakob Pelletier each extended their scoring streaks to six games, while Cole Schwindt converted on the powerplay for his fourth extra-strength goal in his last four games.

Wolf was outstanding once again for the Wranglers, making 31-saves for his fifth straight win. He was essential in securing the victory, providing composure throughout the game, especially during the Wranglers penalty-kills that, in total, amounted to one-third of the entire game being played short-handed.

📹 Dustin Wolf doin’ what he does! pic.twitter.com/Rvg4I8JkzJ

The Calgary PK was the story in the first period, killing off four of five penalties in the opening frame. Zary scored his eighth goal of the season at 2:09 to give the Wranglers an early lead, however, Calgary got into penalty trouble late in the period and the Condors took advantage. With Bakersfield on their fifth powerplay of the frame, Justin Bailey netted his first of the season to tie the game. It was 1-1 at the break.

The second period had a similar storyline … more penalties.

This time it was the Condors who were undisciplined and paid the price. With the Wranglers on the powerplay, Schwindt found a loose puck at the side of the net scoring to put the Wranglers ahead. Martin Pospisil registered an assist on the goal, picking up a point on his 23rd birthday.

The Wranglers held the one-goal lead until midway through the third period when Bailey struck again on the powerplay for Bakersfield, his second goal of the game to tie it 2-2. Minutes later, with Calgary now on the man-advantage, Phillips pounced on the puck after finding it in a flurry of activity around the Condors crease and whipped it through traffic to score the go-ahead goal. 3-2.

With less than three minutes remaining in the game and the Condors net empty, Nicolas Meloche scored the insurance marker with a long shot into an open cage and Pelletier added the nail in the Condors coffin, with another empty netter just moments later.

The Wranglers continue to pick up points of late, improving to 6-0-1 in their last seven games.