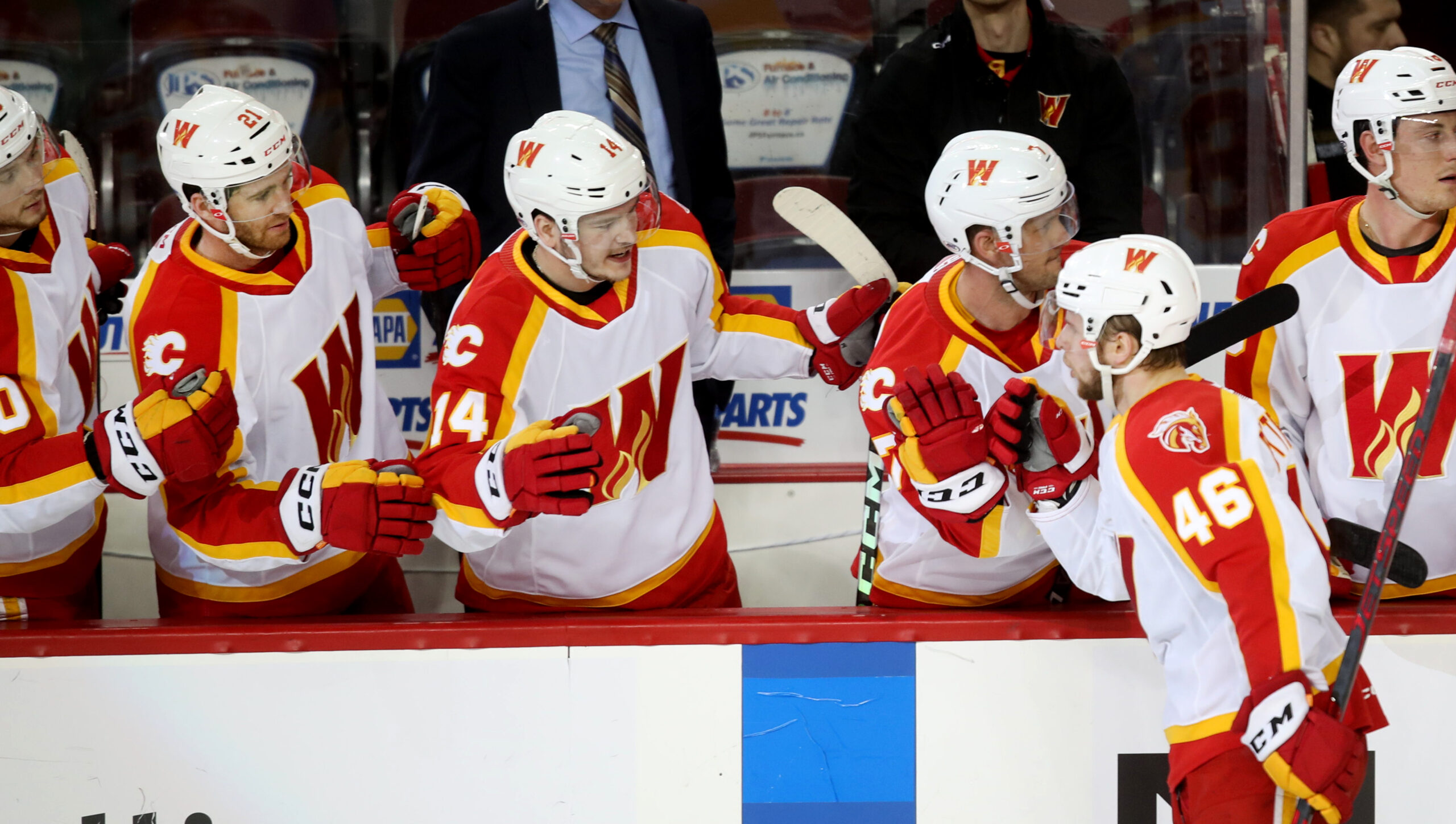 The Wranglers and Condors faced off for the second of two games at the Scotiabank Saddledome, with Calgary coming out on top by a score of 4-3 over Bakersfield on Tuesday night.

Dustin Wolf made 17-saves to pick up his league-best 21st win of the season.

The Wranglers limited the Condors to just six shots in the first period and sent 13 shots the other way, but still trailed after 20 minutes of play. Alex Peters opened the scoring for the Condors with his third of the season to give Bakersfield the 1-0 lead, with Dino Kambeitz adding to the lead in the final minute.

In between, McLain scored his eighth goal of the season at the 17:44 mark of the period to get the Wranglers on the board. Colton Poolman sent a shot from the blueline, and McLain parked himself in front of the net and banged in the rebound off the post and in.

Calgary fired 15 shots on the Bakersfield net in the second period, leading on the shot clock 28-12 after 40 minutes of play. The Wranglers also led on the scoreboard at the end of the break.

Pettersen tied the game midway through the period, completing a beautiful cross-seam pass from Phillips, tapping it in past the outstretched pad of Condors’ goaltender Olivier Rodrigue for his ninth goal of the season. With an assist on the goal, Phillips picked up his 200th career AHL point.

Then, in the final minute of the period, Zary knocked in a shot in front of the net for his 11th goal of the season to give the Wranglers the 3-2 lead at the break.

The Condors would strike early in the third period to tie the game once again when Noah Philp notched his fifth goal of the campaign. Moments after the tying goal, Cole Schwindt dropped the mitts with Raphael Lavoie for a spirited scrap, which seemed to spark both sides.

The Wranglers made the most of the momentum swing and were pressing for the winner late in the game.

That’s when Nick DeSimone kept the puck in at the blueline, swooped in low towards the net and sent a backhand pass directly through coverage to Phillips, who tapped the puck in for his 21st goal of the season. It would stand as the game-winner as the Wranglers for the victory, their third in a row.

The Wranglers head on the road this weekend for two games against the Hendersen Silver Knights, the first meeting of the season between the two teams.