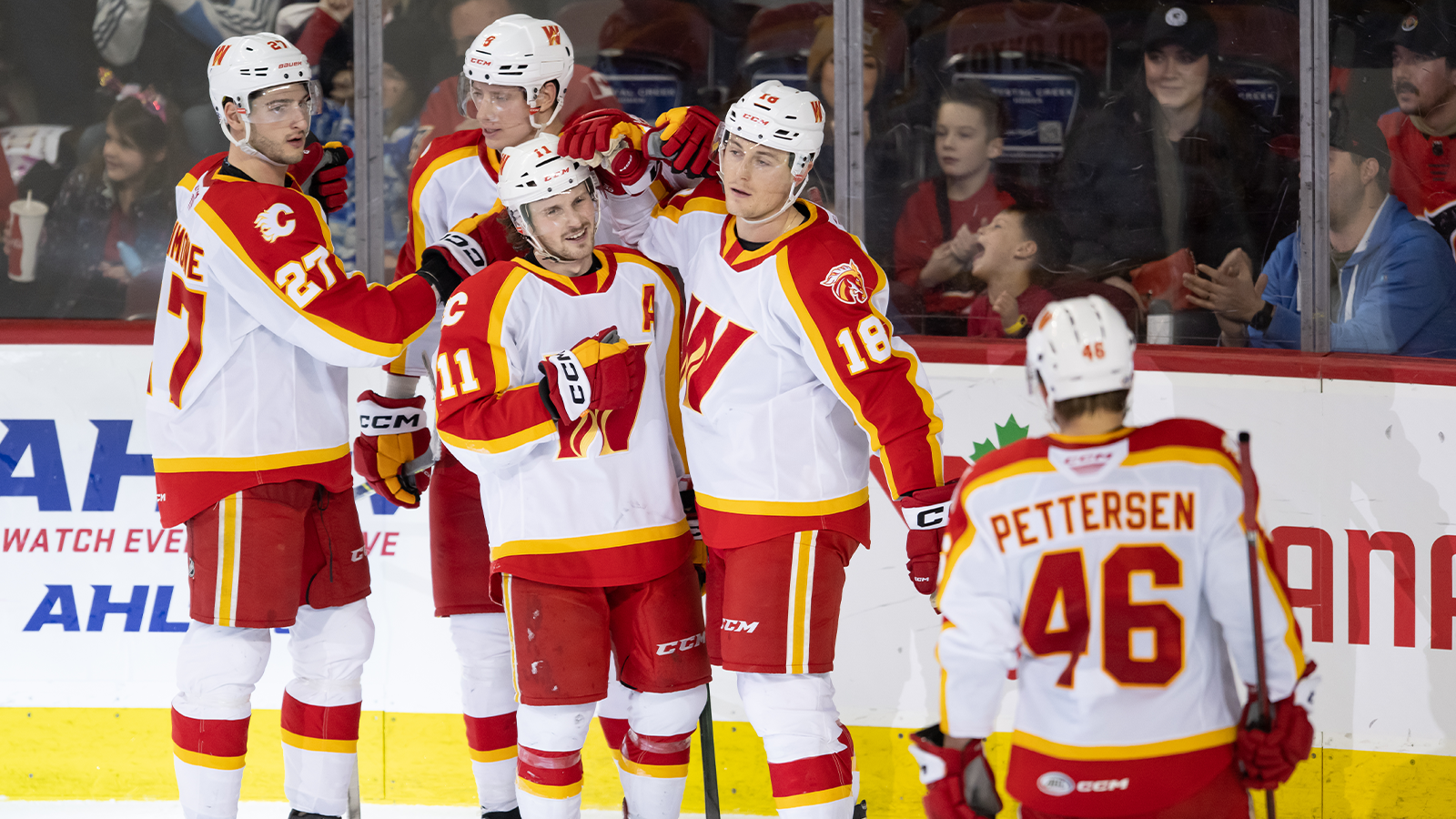 Another ‘W’ for the Wranglers on home ice.

The Wranglers hosted the Condors at the Scotiabank Saddledome Sunday, skating to a 2-1 win over Bakersfield on in the first installment of the Battle in ‘Berta.

Dennis Gilbert opened the scoring for the Wranglers with his second goal of the season and Matthew Phillips notched goal No. 20 which held up as the eventual game-winner.

Dustin Wolf turned aside 35-shots to pick up his 20th win of the season.

The Wranglers were without the services of Jakob Pelletier and Walker Duehr in this one, after both were recalled to the Flames yesterday. In turn, Ilya Nikolaev and Rory Kerins factored into the lineup on Sunday afternoon, after joining the team from Rapid City (ECHL).

It was the Condors who came out firing early in the game, however, outshooting the Wranglers 11-3 in the opening frame.

Still, Calgary got on the board first with their first shot of the game. It came shorthanded, with a goal from Gilbert, who walked over the blueline and ripped home a well-placed wrist-shot to give the Wranglers a 1-0 lead midway through the period.

Bakersfield would respond late in the frame, when James Hamblin popped the puck over Wolf’s shoulder and under the bar to tie the game 1-1 heading into the break.

Time and space were at a premium and shots were hard to come by through two periods of play, as the Wranglers managed to send just 14 pucks on net through forty-minutes.

In the final minute of the period, Ben Jones did an admirable job staying onside, gaining the blueline and flipping a perfect pass to Phillips, who skated in all alone on goal. Leaning to his left, Phillips finessed the puck to the right, and over the glove hand of Condors’ goaltender, Calvin Pickard, to give Calgary the 2-1 lead after two periods of play.

Both teams traded chances in the third period, but Wolf shut the door in the final stretch to seal the deal and pick up his league-leading 20th win of the season.

The Battle in ‘Berta rematch will take place on Tuesday, January 10 at the Scotiabank Saddledome.