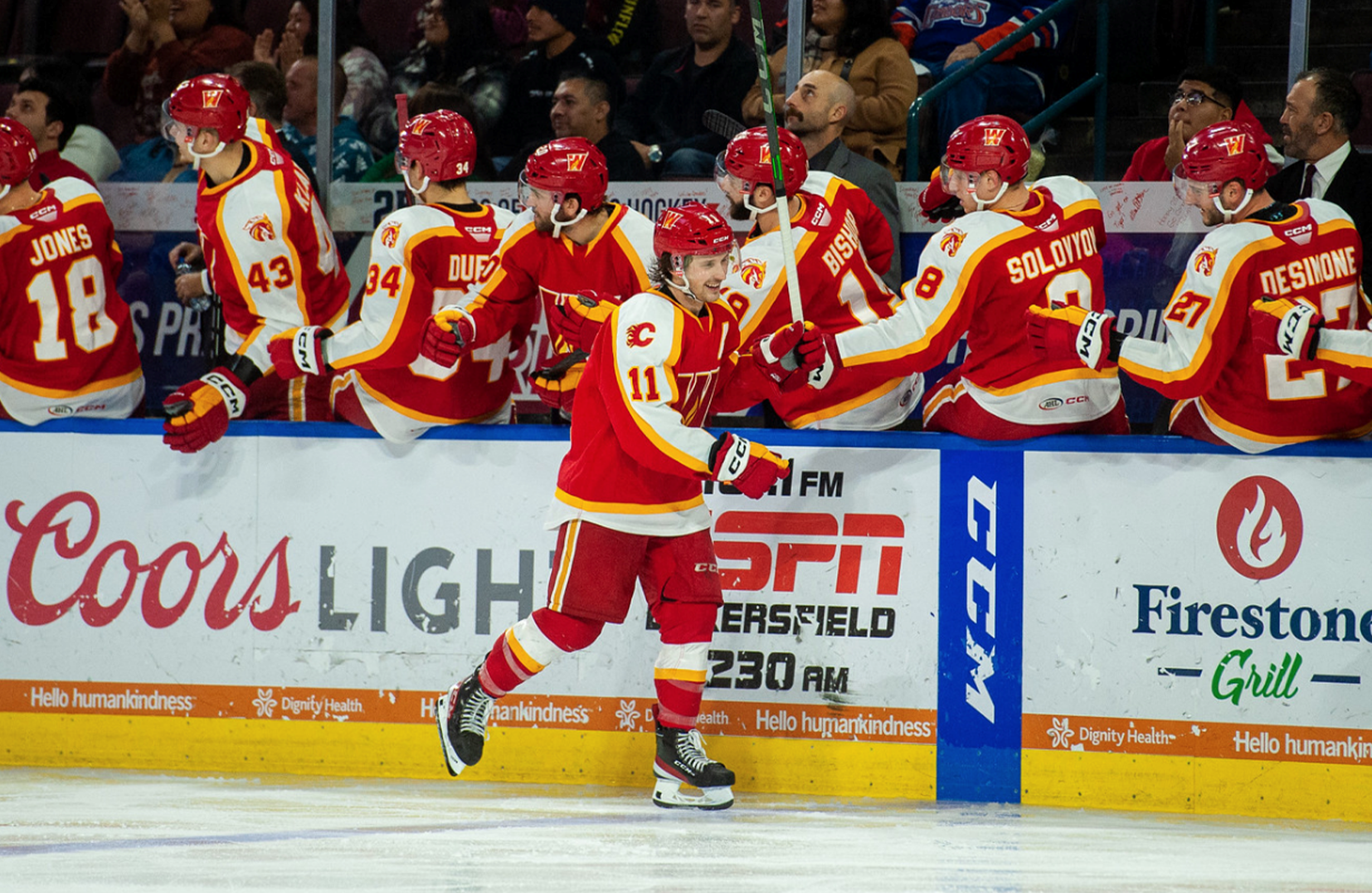 The Wranglers picked up their fifth win in a row following a 2-1 win over the Condors in Bakersfield on Friday night. Oscar Dansk got the nod in net for Calgary in the second game of the back-to-back, making 31-saves to pick up his third win in his last three starts between in the pipes.

Emilio Pettersen scored a beauty for his eighth goal of the season and Matthew Phillips notched his 18th tally, which proved to be the game-winner.

After a 9-2 outburst in the previous game on Wednesday, it seemed both teams were focused on playing a more defensive game to start the first period. Calgary outshot Bakersfield 13-7 in the first, but shots were even throughout the game, winding up at 32-31 in favour of the Condors.

The game remained scoreless after the opening 20 minutes.

Bakersfield opened the scoring in the second period with a goal from Alex Peters, his second of the season. The lead didn’t last long, however. Less than two minutes later, Colton Poolman knocked the puck out of mid-air and sent an outlet pass to Pettersen, who proceeded to walk in all alone on net and deke around Condors’ goaltender, Ryan Fanti, sliding home his eighth of the season to tie the game.

The Wranglers took the lead 1:16 into the third period with a goal off the stick of Phillips.

The Condors had possession in the offensive zone, but Connor Zary blocked a shot and then sent a pass to Phillips, who used his body position to work an angle towards the net, bouncing himself  off the defenseman and firing home his 18th goal of the season. It’s Phillips second goal in as many games since returning from his stint with the Flames.

The game was chippy in the third and remained close, and both teams failed to convert on three powerplay opportunities each in the frame.

Dansk shut the door in the third period to register his third win of the season and third in a row.

Next up, the Wranglers head to Ontario to face the Reign on New Years Eve.