Wranglers Fall in OT to Moose 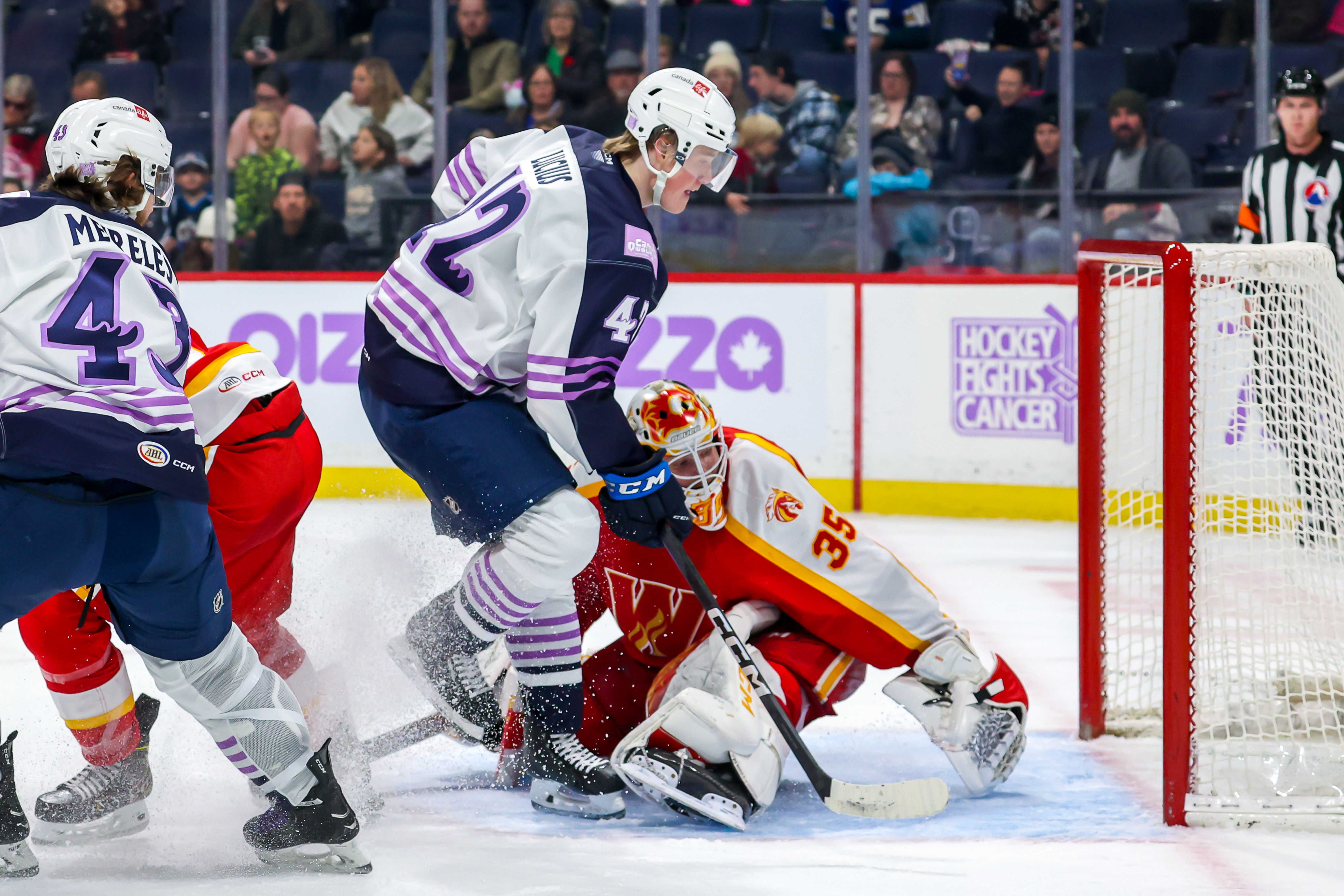 They battled hard and picked up a single-point, but the Wranglers fell short 4-3 in overtime Sunday in Winnipeg against the Moose.

Calgary came into the tilt on a four-game winning-streak.

Oscar Dansk got the nod in net and despite the loss, put together one of his best starts of the season. Cole Schwindt continued his stellar play of late, scoring his third goal in his last two games, while Emilio Pettersen had a pair of goals for Calgary in the contest.

Calgary got out to a 2-0 lead in the first period after Schwindt ripped a shot top corner on the powerplay. With the assist on the goal, Jakob Pelletier extended his point-streak to four games, a span where he’s registered seven points. (1g,6a).

📹 Cole Schwindt is on 🔥 pic.twitter.com/gVKmA2KbAn

Later in the frame, Connor Zary connected with Pettersen, who was left all alone in the slot and he wired a wrist-shot from distance, scoring his second goal of the season to extend the lead to 2-0. Dansk made 13-saves in the first period to keep it 2-0 at the break.

The scoring came early and often in the second period.

Cole Maier put the Moose on the board, cutting into the lead just over a minute into the frame. However, just 10 seconds later, Pettersen lofted a bouncing puck from outside the blueline, which eluded goaltender Oskari Salminen, to regain the two-goal advantage. Henri Nikkanen and Chaz Lucius would both score for Winnipeg in the period to draw the Moose even with the Wranglers at the intermission.

Both teams had powerplay opportunities in the third period, but failed to capitalize. Dansk made 32-saves in the game for Calgary, while Arvid Holm, who came in in relief of Salminen in the second period, stopped 24-shots for Manitoba through regulation.

It took just 33-seconds into the extra frame to decide a winner.  On a controversial offside non-call, unfortunately unreviewable, Leon Gawanke walked into the zone and fired home the game-winner for the Moose. 4-3 the final score.

The Wranglers have now earned nine of a possible 10 points in their last five games. (4-0-1).