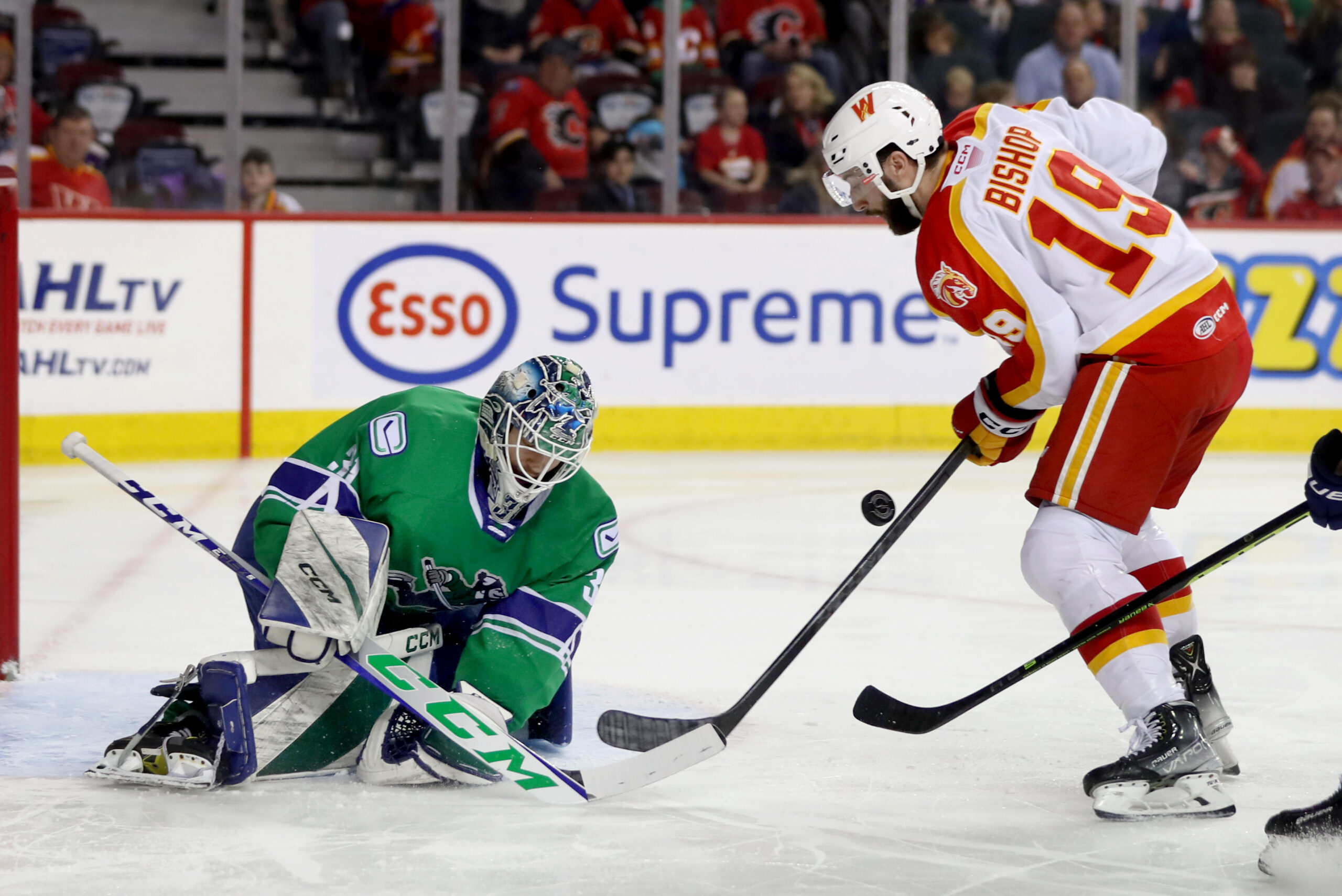 The Wranglers were back in action at the Scotiabank Saddledome for their first game of 2023, playing host to the Abbotsford Canucks, but fell 5-2 on Monday night.

Jakob Pelletier scored his 15th goal of the season and now has five goals in his last five games for Calgary, while Mitch McLain notched his sixth tally of the season for the homeside.

Oscar Dansk got the start between the pipes for the Wranglers in search of his fourth-straight win and was tested often in the opening frame, facing 11 shots, turning aside 10. The Canucks would strike first in the game, converting on the powerplay at the 14:40 mark of the frame, as Nils Hoglander found the back of the net for his second goal of the season.

It was more of the same in the second period as the Canucks continued to press on offence. They would add to their lead 3:18 into the frame as Danila Klimovich scored his sixth of the season.

Adam Klapka was a physical presence late in the period for Calgary, administering a couple crushing body checks along the boards, which turned the momentum. He would then pick up an assist on a goal from Pelletier, who got a fortuitous bounce at the side of the net to get the Wranglers on the board with the clock ticking down in the period.

"I don't think we were as sharp as we needed to be."

Brett Sutter spoke to the media following a 5-2 setback against the Canucks. pic.twitter.com/YBlENmCVWT

It took just 1:29 for the Wranglers to tie the game in the third period. Matthew Phillips entered the offensive zone, dropped a pass onto the stick of Colton Poolman, who then fired a shot-pass down to Connor Zary. Zary tipped the puck across to McLain. After a lengthy review, the goal counted, and the game was tied.

Later, Jett Woo received a game-misconduct for elbowing which put the Wranglers on an extended five-minute powerplay, but despite coming close to taking the lead, they failed to convert on the man-advantage.

The Canucks would take the lead shortly after, off a point shot that was redirected off the stick of Tristen Nielsen, for his fifth goal of the campaign, which gave the Canucks a 3-2 lead. Moments later, after Pelletier put the puck off the post on a 2-on-1, Abbotsford took the puck up the ice in transition, and Nils Aman fired home his first of the season to double up the lead. Aman would add another tally late in the game to extend the Canucks lead to 5-2, a lead they would not relinquish.

The Wranglers take on the Canucks again on Wednesday. Puck drop is 6pm MST.  Click for tickets.