Wranglers Fall to Reign in O.T. 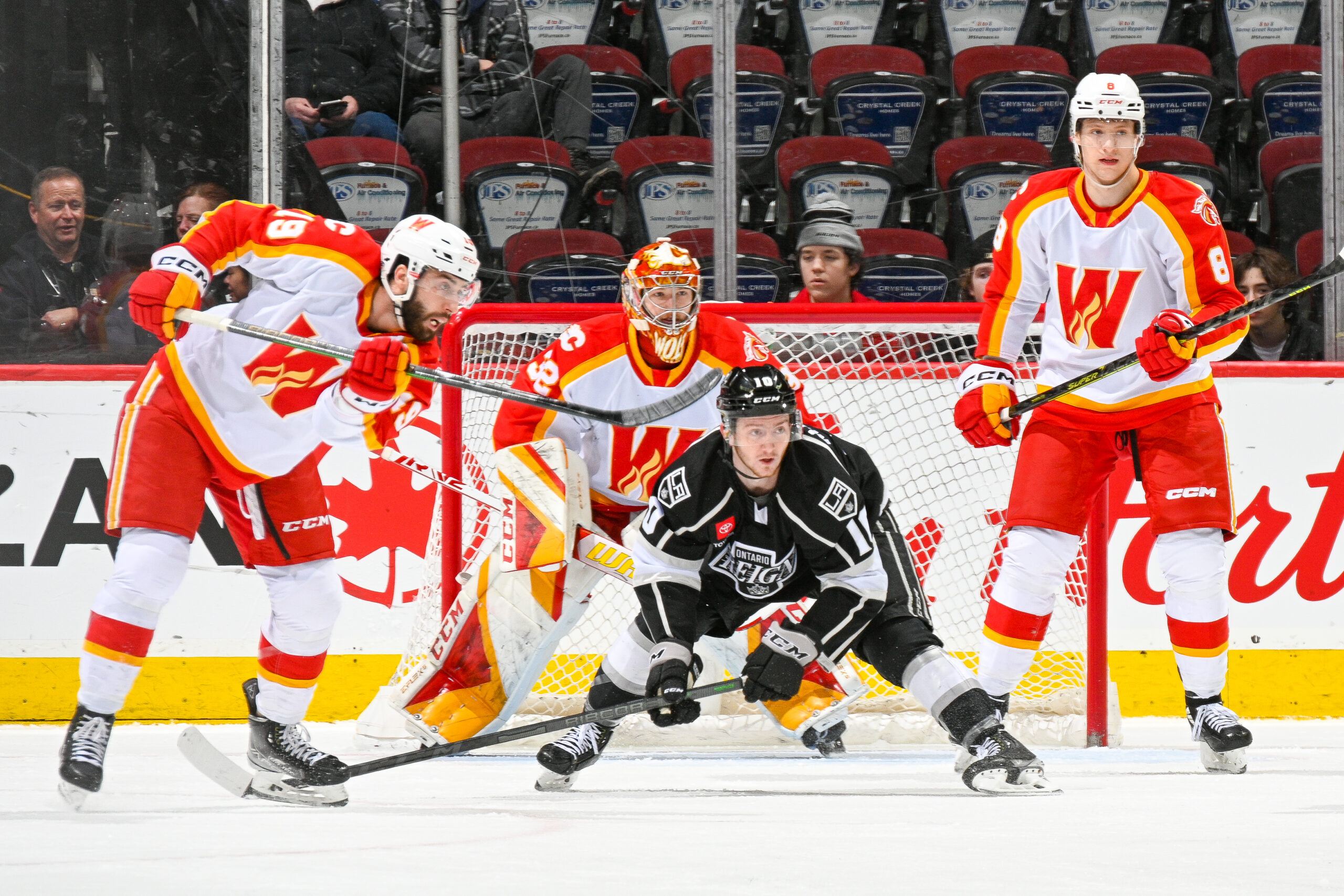 The Wranglers played the second game of a back-to-back with the Reign at the Scotiabank Saddledome on Wednesday night and although they had a two-goal lead late in the third period, Calgary picked up just a single point with a 3-2 overtime loss.

Ben Jones opened the scoring for Calgary with his ninth goal, while Nick DeSimone scored his fifth goal of the season in his 300th career AHL game.

It was a fast-paced and physical first period in this one, with two furious fights in the early going.

After finishing a hard hit along the boards, Alex Gallant dropped the mitts with Samuel Helenius for a quick tilt where Gallant picked up the decision.

With momentum leaning in Calgary’s favour following the fight, the Wranglers roared up the ice and Mitch McLain sent an initial shot on net that Jones got a tiny piece of, redirecting the puck past Reign goaltender Matthew Villalta.

The physical play continued in the opening period, resulting in Adam Klapka eventually finding a dance partner, as he squared off against Cameron Gaunce for a heavy weight bout. The scrap was even throughout, with Klapka scoring the takedown.

Both teams tightened up defensively in the second period as the physical play continued.

The Wranglers would add to their lead, however, at the 6:55 mark of the period when Emilio Pettersen walked into the offensive zone, curled back and found the trailer, DeSimone, who ripped a shot through traffic to make it 2-0. Clark Bishop picked up the secondary assist on the goal, his third point in his last three games. (1g, 2a).

Wolf stopped 25 shots through two periods, but the Reign would solve the Wranglers netminder in the third period with two goals via special teams.

First, with just over five minutes remaining in the period and Ontario short-handed, Calgary native, Austin Wagner notched his ninth of the season to cut into the lead late. Then, the Reign pulled their goaltender with a powerplay in the final minutes and Lias Andersson managed to sneak the puck past Wolf to tie the game.

2-2 the score, headed to overtime.

It took just 0:34 seconds into the extra frame for the Reign to complete the comeback. Playing 3-on-3, Andersson skated in on goal and went forehand to backhand in smooth succession, sliding the puck past Wolf’s outstretched pad to win it for Ontario.

They’ll look to bounce back on the road this Saturday in the desert, when they take on the Henderson Silver Knights.