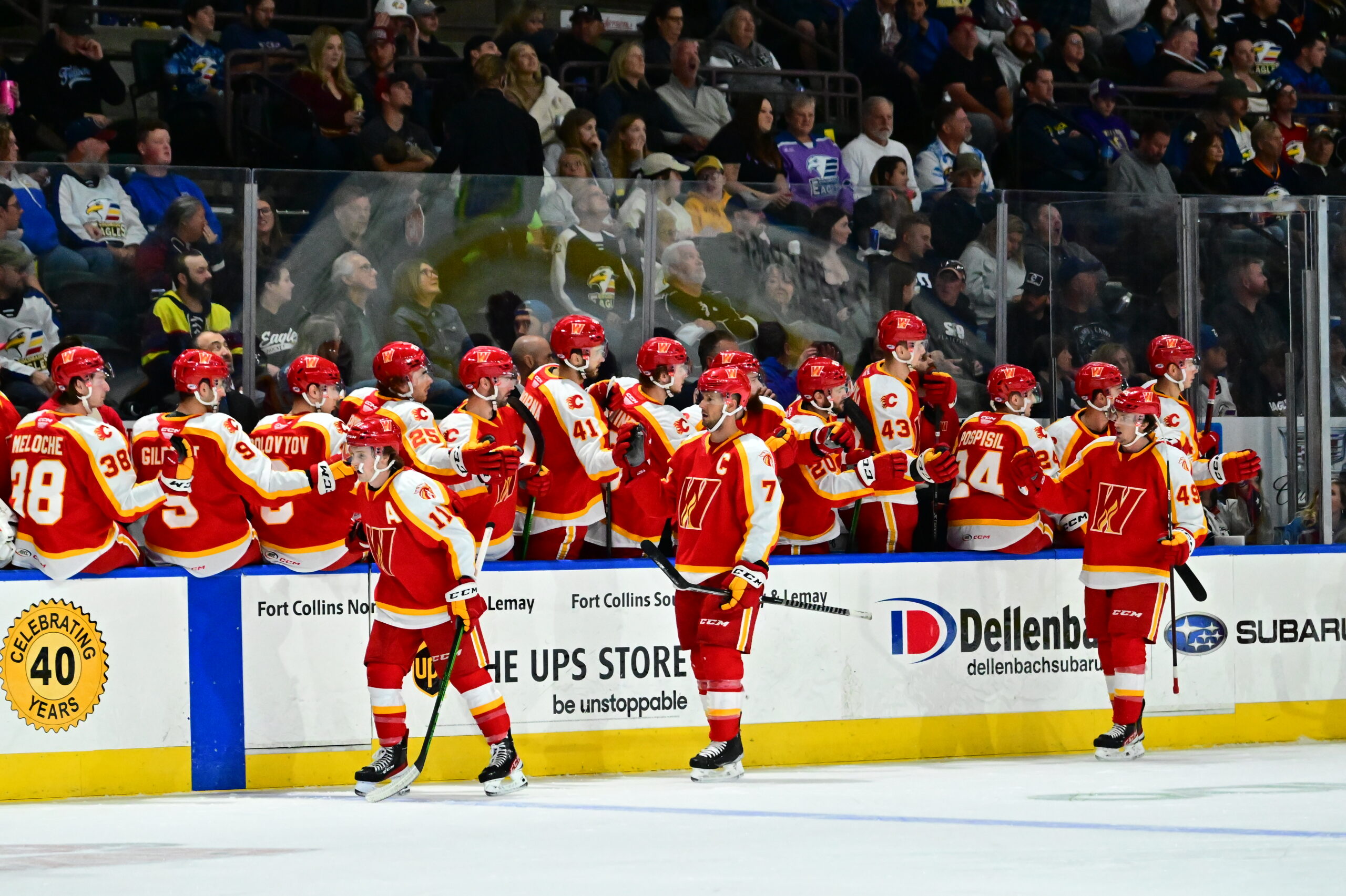 The Wranglers earned their first victory of the season with a strong road effort against the Colorado Eagles Saturday night in the second game of a back-to-back, prevailing 4-2.

Dustin Wolf was locked-in and focused between the pipes for the Wranglers to start the game, making multiple tough saves early on, en route to a 33-save performance.

Midway through the first period, Jean-Luc Foudy ran over Wolf as he drove the Calgary net, leading to a goaltender interference penalty. Then, on the ensuing man advantage, Zary redirected the puck from the side of the net, completing a crafty three-way passing play to give the Wranglers the 1-0 lead.

📹 Zary converts on the PP! pic.twitter.com/4ZMs9LHkmC

Andreas Englund would tie the game for the Eagles with just over five minutes to go in the first, but Zary would respond quickly, adding another goal late in the frame to give Calgary the 2-1 lead heading into the break.

Zary continued to drive the offence in the second period, setting up Matthew Phillips in the slot for a high-danger scoring chance early on, however, the quick wrister was turned aside by Eagles netminder, Jonas Johansson. The Eagles would answer back only minutes later, with a goal from Keaton Middleton which tied the game 2-2.

Later in the frame, Ben Jones drew a penalty shot after escaping on a break short-handed, but he was stopped by Johansson on a backhand deke attempt. Jones would get another similar opportunity in the third period as the Wranglers generated multiple quality chances shorthanded throughout the game.

Early in the third period, Matthew Phillips picked up the puck behind the Eagles net, stepped out front and whipped the puck through the legs of Johansson for the game-winner.

The offence was clicking for the Wranglers in this one, but so, too, was the penalty-kill, which was a perfect 5-for-5 on the night. As Colorado pressed for the equalizer late, Wolf made two big saves in the final minute to preserve the victory , before Walker Duehr scored into the empty-net at 19:29.