Wranglers Rally for Sixth Win In a Row 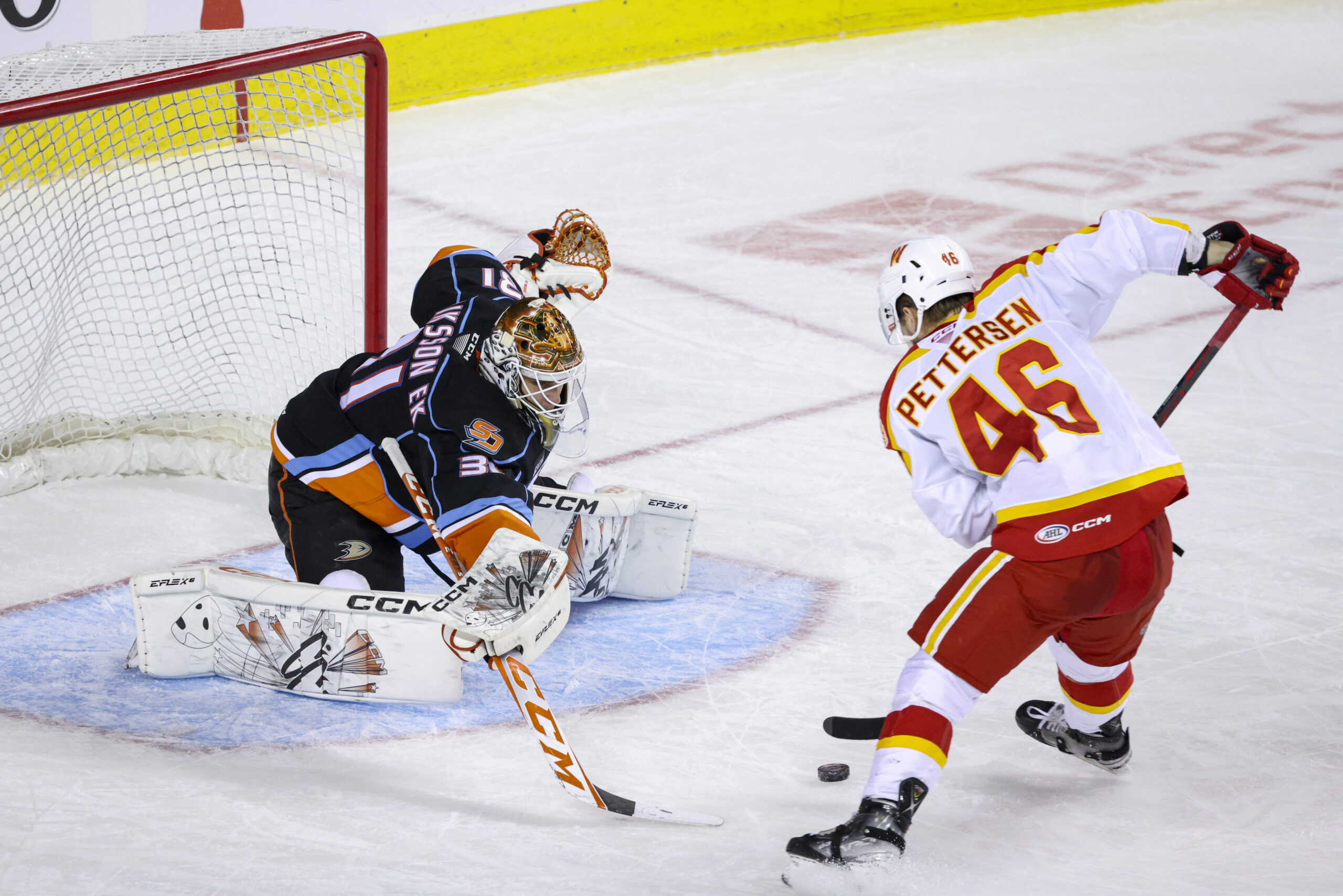 The Wranglers wrapped up the weekend with another ‘W’, extending their winning streak following a 5-2 victory over the Gulls on Sunday afternoon at the Scotiabank Saddledome.

Oscar Dansk got the start between the pipes for the Wranglers picking up his second win his last two appearances, with a 16-save performance.

The Wranglers’ Western conference-leading powerplay was effective once again in the game.

In the opening frame, on a Calgary advantage, DeSimone faked a shot and then slid a pass to a wide open Duehr who ripped home his eighth goal of the season. Later in the period, Gilbert walked into a shot off the point and blasted home his first goal of the season to extend the lead.

DeSimone continued to make things happen in the second period. The seasoned D-man made a nice move to create space, moving around a defender and sending the puck towards to the net, the initial save was made but the rebound popped out onto the stick of Sutter who banged it home for his fourth goal of the season. The marker would hold up as the eventual game-winner.

Bryce Kindopp would cut into the lead, however, with his first goal of the season for the Gulls to make it 3-1, but back-to-back powerplay chances curbed momentum back towards Calgary, who capitalized once again.

After a mad scramble in front of the Gulls net, Zary found the loose puck in the slot and slid it past the maze of skates to extend the lead to 4-1 on the PP. San Diego would answer back though, following a poor turnover in front of the net Gulls’ forward Benoit-Olivier Groulx cut into the lead with his sixth goal of the season. It was 4-2 at the break.

Both teams traded powerplay opportunities in the third period, but the Wranglers penalty-kill continued to dominate, ultimately killing off all four penalties taken in the game. At the midway mark of the frame, Pettersen took a pass from Yan Kuznetsov and walked in on a breakaway, going forehand to backhand to score his fifth goal, this time on a one-handed ‘Datsyukian’ dangle to extend the Wranglers lead to 5-2.

With the win Calgary extends their winning-streak to six games.

The Wranglers are back in action when they host the Manitoba Moose on Tuesday Nov. 13 at the Scotiabank Saddledome.