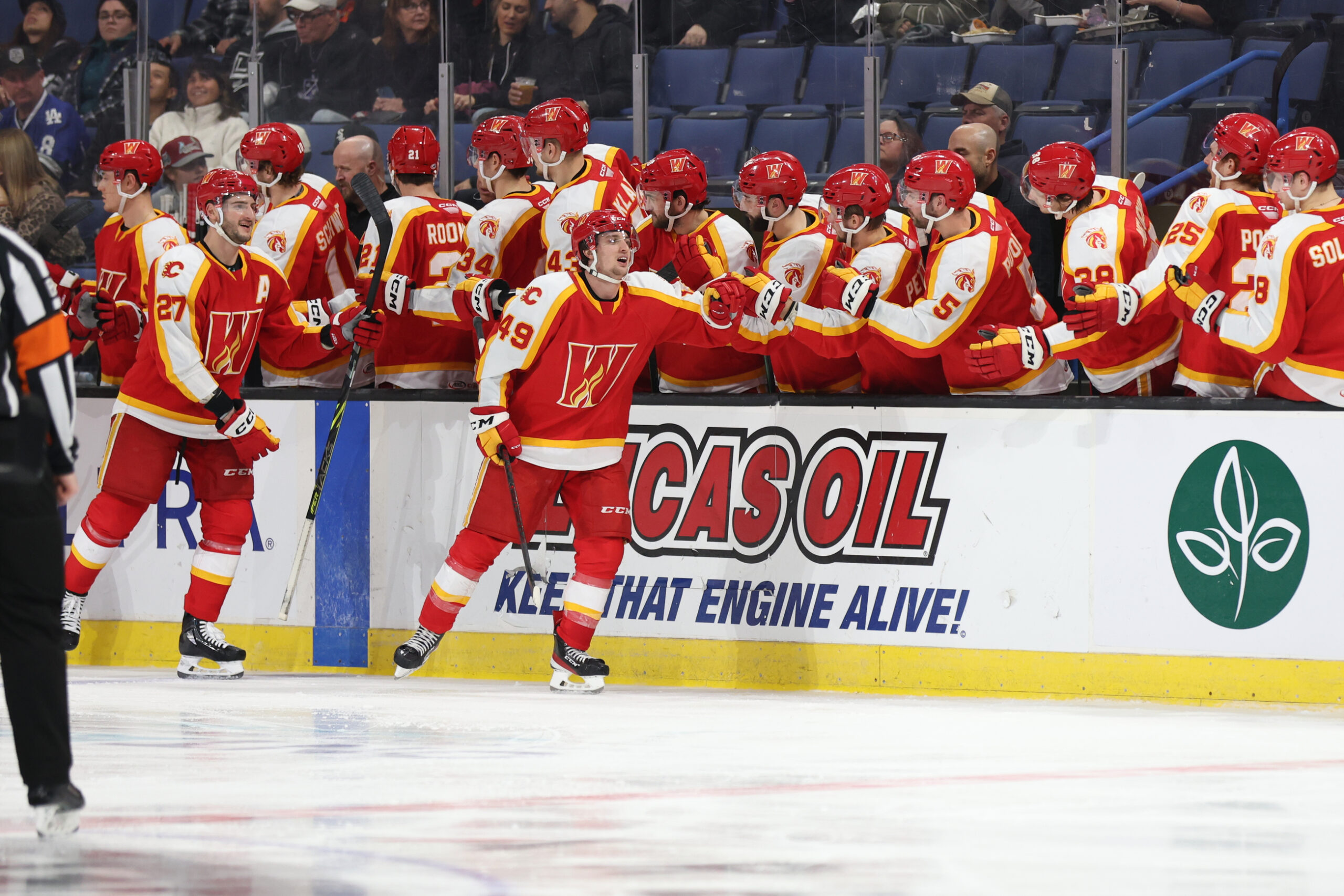 Ringing in the new year right!

The Wranglers were on the road taking on the Ontario Reign on Saturday night, and skated to a 3-1 victory to extend their current winning streak to six games. Jakob Pelletier came to play in this one, scoring two extra-strength goals in the contest, while Kevin Rooney notched his second goal as a member of the Wranglers.

Dustin Wolf was stellar in net for Calgary, turning aside 33 of 34 shots he faced to register his 18th win of the season.

Wranglers captain, Brett Sutter, was not in the lineup on Saturday. Still, he was given an ovation from the Reign fans inside Toyota Arena in recognition of the six seasons he spent with Ontario prior to joining the Wranglers.

The Reign pushed the pace in the opening frame, firing 13-shots on goal, but Wolf stood tall, making multiple big saves in the first period to keep the game scoreless after 20-minutes of play.

In the second period, the Wranglers league-best powerplay took over.

Pelletier scored twice in the frame, with both goals coming on the powerplay. Nick DeSimone and Mitch McLain picked up assists on his first tally, while Matthew Philips and Connor Zary had helpers on the second. Pelletier now has 14 goals on the season.

Calgary took a two-goal advantage into the break.

The Reign would answer back in the third period, as Alex Turcotte scored his fourth goal of the season at the 11:30 mark of the frame to make it 2-1. That’s all Ontario would get on this night, however, as Wolf shut the door the rest of the way, making 33-saves for the win.

With the Reign on the powerplay in the final minute, and the goaltender pulled, Rooney deposited the puck into the empty net for a shorthanded goal that would seal it for Calgary.

The Wranglers wrap up 2022 sitting atop the AHL’s Western Conference standings with a record of 21-7-1 and riding a six-game winning streak into the new year.