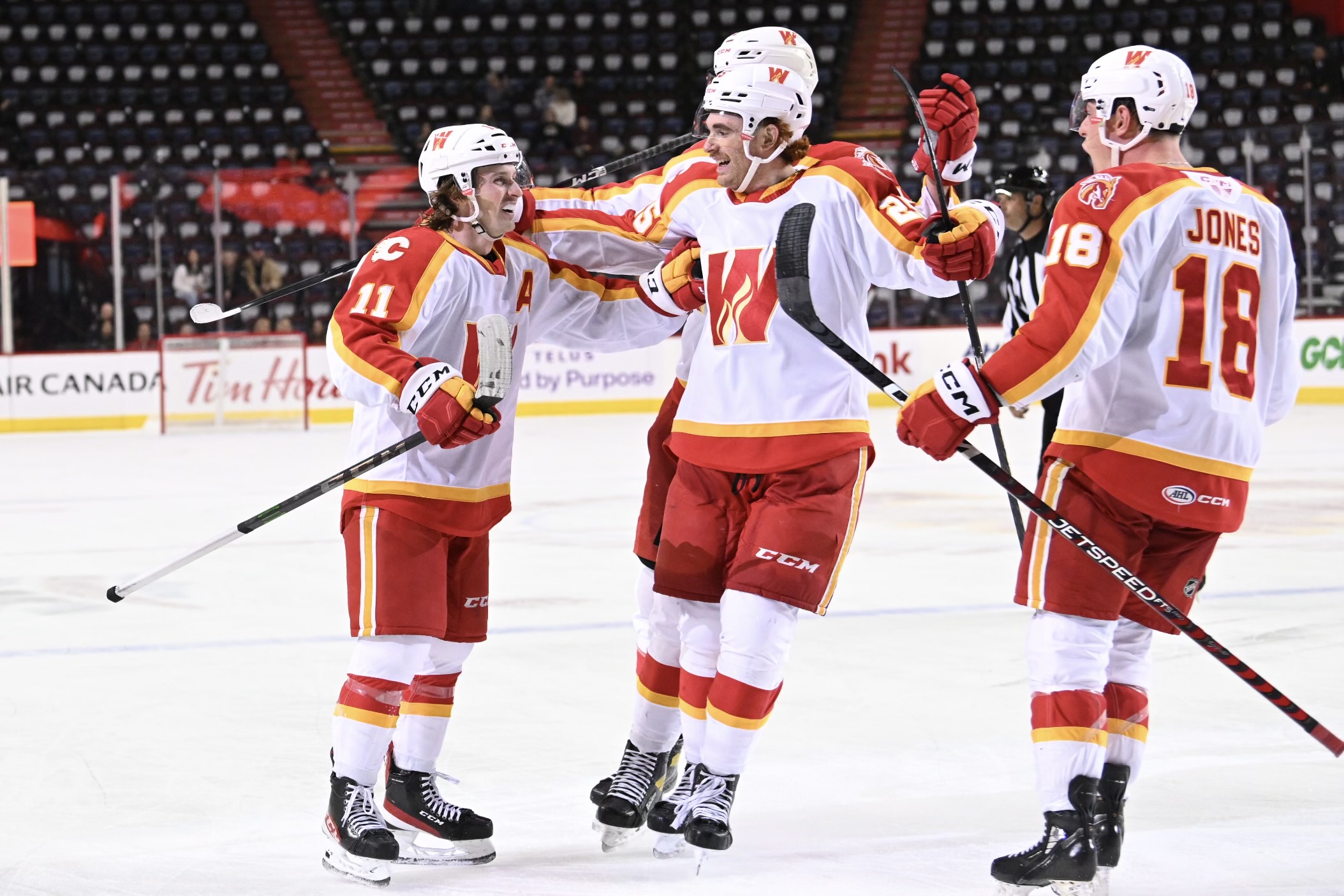 The Wranglers hosted the Roadrunners for ‘Hockey Hooky’ at the Scotiabank Saddledome on Friday afternoon in the second of back-to-back games against Tucson. After a 3-1 setback on Tuesday, the Wranglers exacted some revenge, picking up a 3-2 victory.

Ben Jones scored twice for the Wranglers, adding an assist for a three-point performance -earning him the game’s first star – while Matthew Phillips extended his point-streak to six games (3g, 8 pts.) scoring the game-winning-goal on a powerplay late in the third period (18:25). Dustin Wolf got the start between the pipes for the Wranglers, making 33 saves to register his third win of the season.

Friday’s contest was a milestone game for both Mitch McLain and Nicholas Meloche, who each appeared in their 200th American Hockey League game.

Playing the same opponent in back-to-back games can create some added animosity between the benches. As they say, familiarity breeds contempt, and the first period was a scrappy affair. Normally known for his scoring prowess, Connor Zary dropped the mitts with Michael Carcone late in the first period, with Carcone receiving an extra minor for instigating.

The Wranglers capitalized on the ensuing powerplay, when Jones redirected a pass from Radim Zohorna, putting the puck off the post and in to give Calgary the 1-0 lead through one period of play.

In the second period, Jones added to the Wranglers lead, scoring top corner on a down-and-out Jon Gillies, to extend the lead to 2-0. The Roadrunners would battle back with goals from Jan Jenik and Nathan Smith to tie the game at two in the third, but a late powerplay for the Wranglers would be the difference maker.

With less than two-minutes remaining in the game, Phillips sent a wrist-shot through traffic and into the back of the net to give the Wranglers the go-ahead goal.