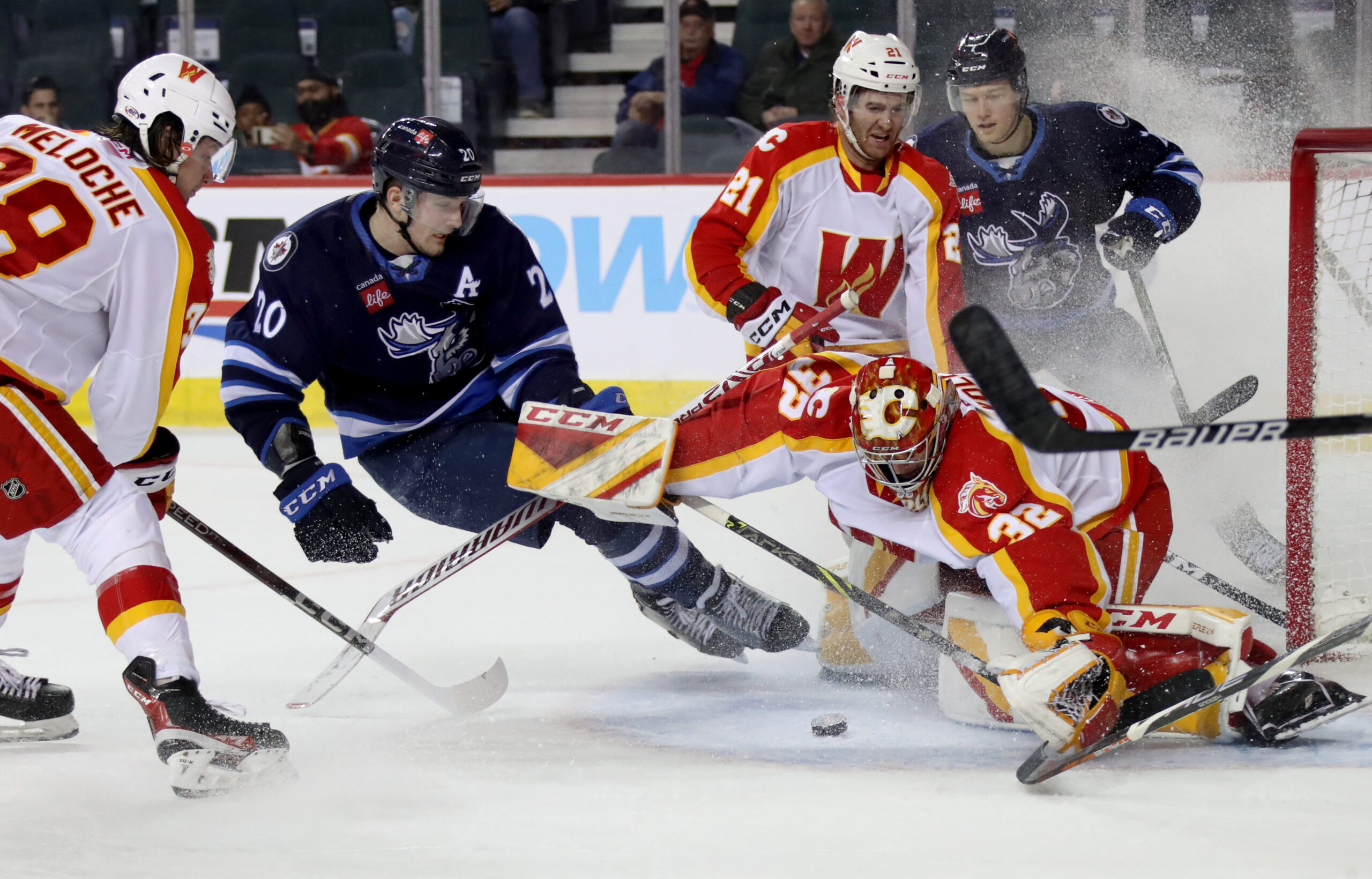 It’s one to forget.

Just learn from it and move on.

Calgary hoped to extend their winning-streak to seven games on Tuesday night as they hosted Manitoba at the Scotiabank Saddledome. However, the Wranglers came up short against the Moose, falling 4-1.

The Wranglers fired 35 shots on net in the game but their high-powered offence was stifled. Cole Schwindt scored his eighth goal of the season, while Dustin Wolf turned aside 35 shots in the setback.

It was an evenly matched opening period with both teams trading chances early on.

The Wranglers were in need of a spark midway through the first when Adam Klapka dropped the gloves with Tyrel Bauer for what would end up being a true heavyweight bout. The spirited scrap appeared to inspire the Wranglers, who took the lead on the scoreboard moments later.

With momentum shifted in the home team’s favour, Schwindt took a pass from Jakob Pelletier on a nice give-and-go play, scoring from the slot. With the assist, Pelletier now has 25 points (9g, 16a) in 23 games this season.

Cole Schwindt chatted postgame after scoring his eight goal of the season against the Moose. pic.twitter.com/kdtTjgHPSw

Shots were 9-8 in favour of Manitoba after 20 minutes.

The second period was a grind for the Wranglers. The Moose carried the play for most of the period and continued to test Wolf between the pipes.

With Manitoba on an early powerplay 2:58 into the period, Jeff Malott capitalized, scoring his ninth goal of the season to tie the game.

They would take the lead late in the frame courtesy of a short-handed tally.

With the Wranglers on the powerplay, the Moose drove the puck into the offensive zone, where Wolf was forced to make a difficult save off a rush chance, kicking the rebound out to Dominic Toninato who pounced on it and slid the puck five-hole to give the Moose a 2-1 lead after 40 minutes.

Unfortunately, it was more of the same in the third period.

The Wranglers had difficulty sustaining zone time and the Moose kept pressing. Malott scored his second goal of the game at the 12:07 mark of the third to extend the lead to 3-1. Then, with a minute left in regulation and the Wranglers net empty, Leon Gawanke sent the puck the length of the ice and into the back of the net to seal it for the Moose. 4-1 final.

Both teams will face off again at the Scotiabank Saddledome on Thursday, December 15 (7 p.m.)