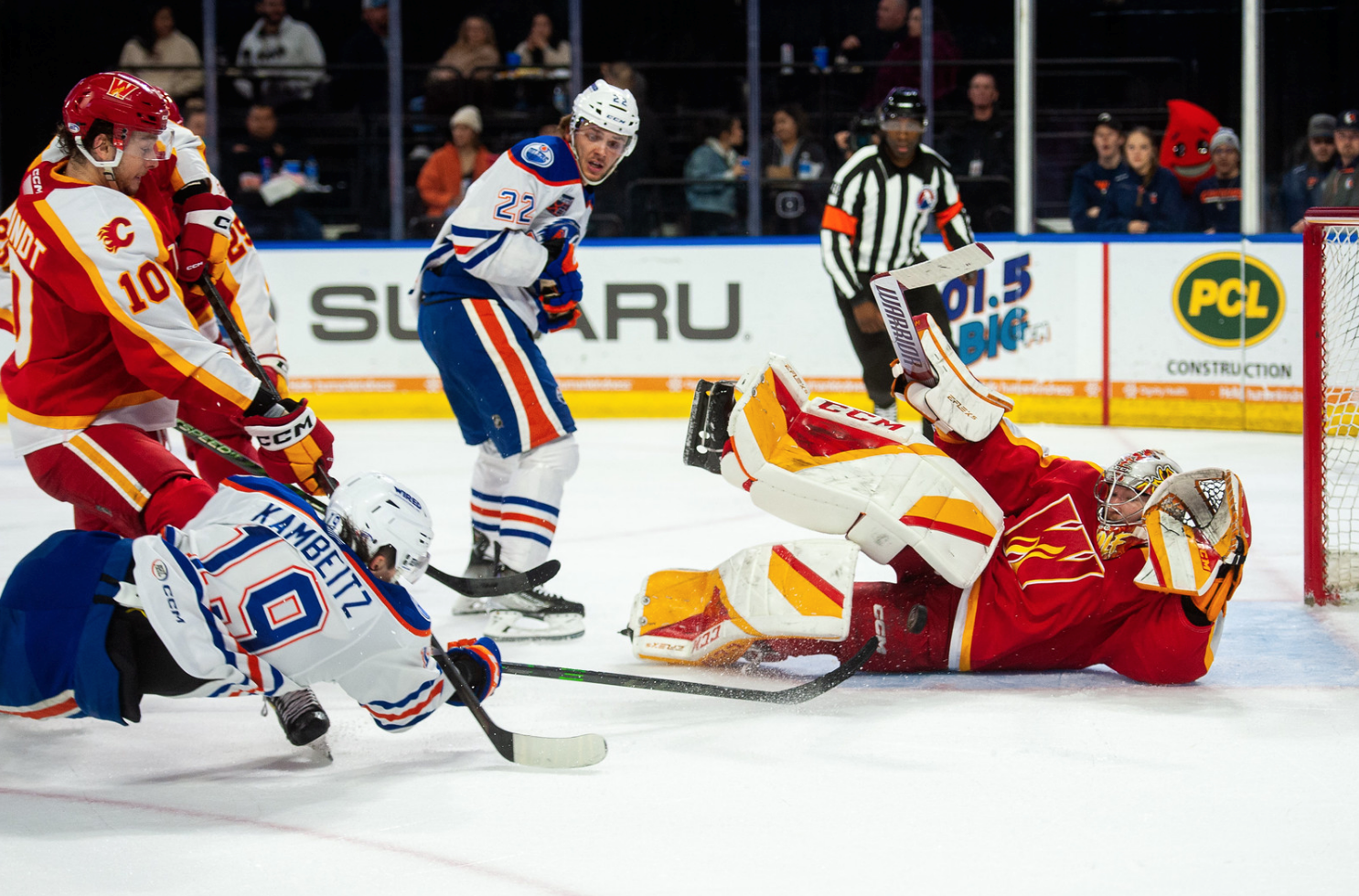 The Wranglers looked rested and refreshed in their first game back after the Christmas break, kicking off their road-trip in Bakersfield with a 9-2 defeat of the Condors on Wednesday night.

It was the first game back for Matthew Phillips, who was in fine form after his time with the Flames, scoring twice and adding an assist. Emilio Pettersen had a four-point performance with a pair of goals and two helpers, while Ben Jones, Walker Duehr and Adam Klapka rounded out the scoring for Calgary.

Dustin Wolf turned aside 26-shots to register his league-leading 17th win of the season for the Wranglers. He now has eight wins in his last nine starts and has won four-straight decisions.

The Wranglers fired 38 shots on net in the game, generating multiple close-call chances that required an extra look. There were three video reviews in the first period alone, with the Wranglers coming out on top of all three.

Pettersen opened the scoring midway through the frame on the powerplay to give Calgary the 1-0 lead, but it was quickly answered by Bakersfield, when Seth Griffith converted on a Condors powerplay. Schwindt would give the Wranglers the lead when he tipped a shot off the crossbar which, after video review, was deemed a good goal. Pelletier would add to the lead one minute later, notching his 12th goal of the season.

Michael Kesselring cut into the lead early in the second period to bring the Condors within a goal, but the Wranglers would respond with four unanswered tallies to pull away in the game.

Phillips lit the lamp twice in the frame, Pettersen picked up his second goal of the game and Jones scored on the powerplay to give Calgary a five-goal advantage after forty-minutes.