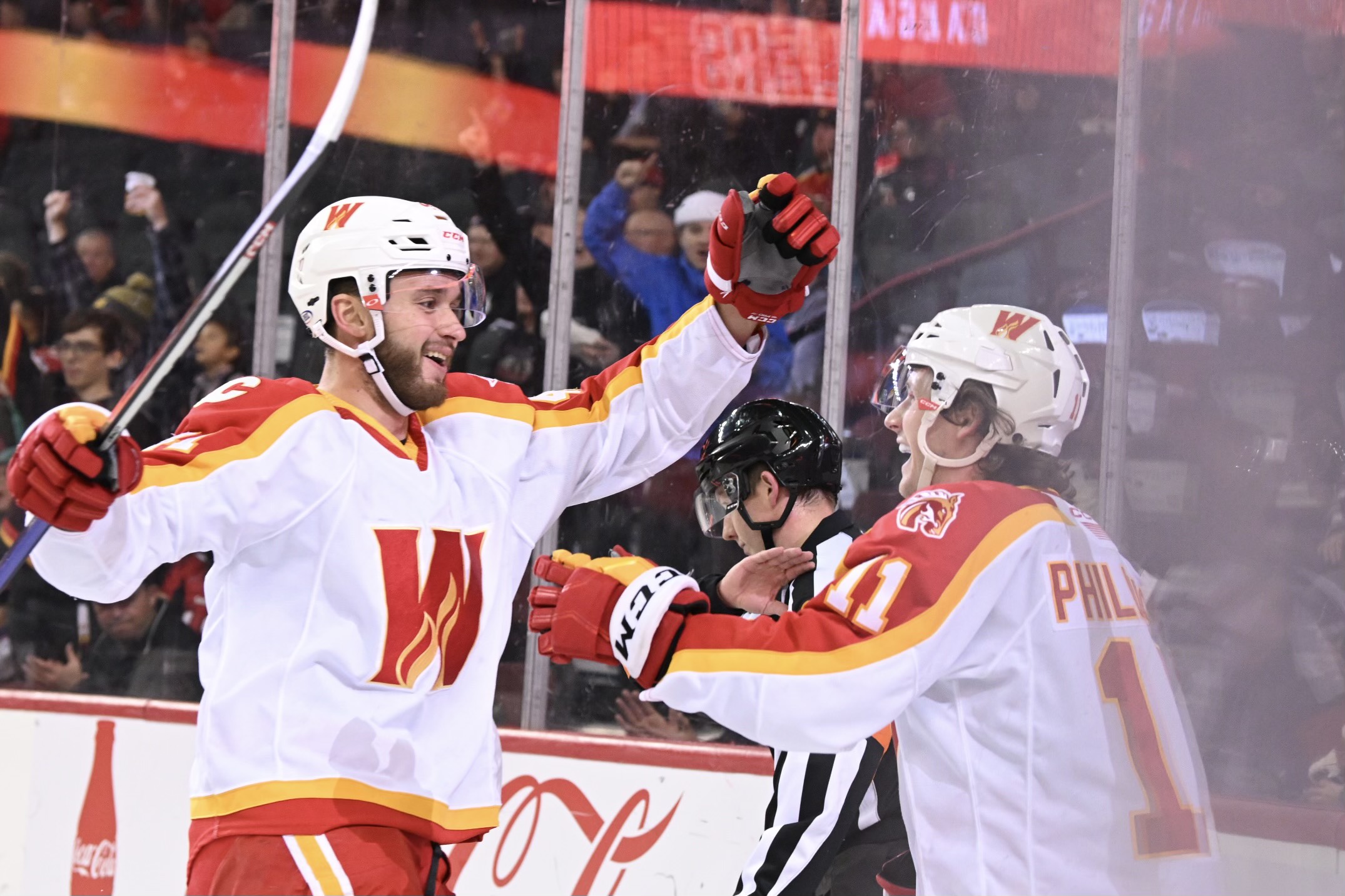 Well that was fun!

The Wranglers hosted the San Jose Barracuda at the Scotiabank Saddledome  Sunday, coming off their first win on home ice in their previous outing Friday night.

And the offence exploded.

Dustin Wolf got his third-straight start between the pipes for the Wranglers, making 31 saves for his fourth win of the season.

It was announced prior to the game that Nick DeSimone and Dennis Gilbert got the call up to the Flames (NHL), so Rory Kerins and Simon Lavigne were recalled from Rapid City (ECHL). Kerins made his presence known early in the first period, as he found the puck on his stick in the slot and scored, however the goal was called back due to goaltender interference.

San Jose responded shortly after with a goal from Tristen Robins to make it 1-0.

The Wranglers kept pressing in the period, ultimately scoring four goals on 16 shots in the opening 20 minutes. Phillips tied the game with his sixth goal of the season at 12:14 of the frame and followed it up a few minutes later with his seventh goal, making it 2-1. Zary and McLain both added to the lead before the period was out, as the Wranglers took a 4-1 lead into the break.

The game got physical in the second period. Zary lit the lamp midway through the frame for his fifth goal of the season, which was followed up by a spirited scrap between McLain and Patrick McGrath. Then, at the 12:39 mark, Phillips scored again to complete the hat-trick and extend the Wranglers lead to 6-1 through forty minutes.

More rough stuff in the third period. Moments after picking up his third assist of the game on Pelletier’s goal, Zohorna squared off with Jeffrey Viel for another hard-hitting tilt. Then, with a powerplay opportunity late in the game, McLain snapped home his second goal of the night to round out the scoring.