“It Will Be Special” 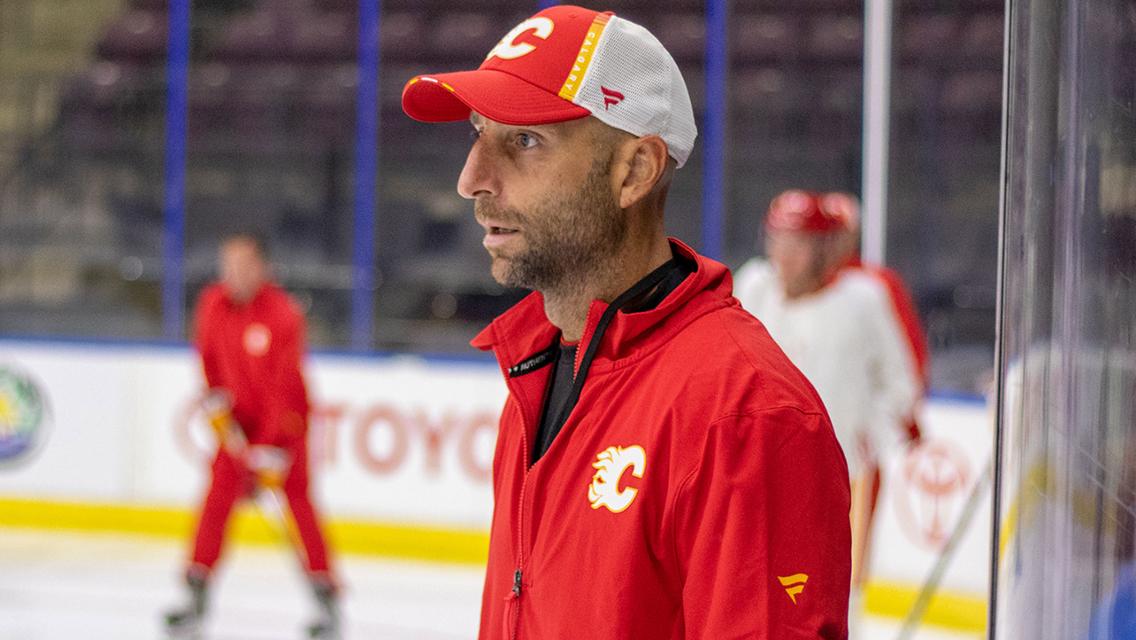 Excitement is building for Wranglers to make their debut in Calgary in front of Flames faithful at the Dome.

It’s not exactly of Nostradamus-esque proportions, but it’s a glimpse into the future nonetheless.

The decision by the Flames to relocate their AHL team from Stockton, Calif., to Calgary means fans of the franchise will have the opportunity to watch players today that may become the big club’s stars of the future.

Live and in person.

Sure, if you really wanted to watch the farm club in the past, there were ways to stream a game online. But tucked away down in Northern California a few hours east of San Francisco, the then Heat were somewhat out of sight, out of mind.

Now, they’ll get a chance to be front-and-centre, the newest tenant of the Scotiabank Saddledome in a hockey-mad, and Flames-obsessed city.

“Oh, for sure,” said Wranglers head coach Mitch Love. “The fans get an opportunity to see our young prospects, you know, that are hopefully the future of the franchise, right, in terms of making the move to the next level, and guys are really excited about that.”

Jeremie Poirier was drafted by the Flames in the third round (76th overall) in 2020 and after an impressive career with the QMJHL’s Saint John Sea Dogs, will graduate to the pros this year with the Wranglers.

The opportunity and excitement around the team’s new home is not lost on him.

“I think Calgary is a great city, I love the city so far,” said Poirier. “To play in front of Flames fans, too, it’s gonna be great. And it’s gonna be great for them to see the Wranglers play this year. I think for us it will be special.”

Flames assistant GM Brad Pascall – who served as the GM for the Heat and holds the same role with the Wranglers – said the motives for the move are easy to quantify.

“And from a development standpoint, again, back to the resources of having our player development staff available to our Wranglers staff to meet with players, to do some one-on-one skill work over-and-above what our Wranglers coaches do. And big to have our NHL staff and management close by. Instead of traveling there, we’re just down the street. So, I think those are some positive things, just to build relationships with players and give them added resources.”

“I think just sets of eyes, whether it’s management or player development, or the Flames coaching staff if they want to come watch a Wranglers hockey game, I think it’s very beneficial,” echoed Love.

“Something else that probably doesn’t get talked about enough is this,” he said, looking around at the media gathered in Penticton. “I mean, from a media standpoint and in a Canadian market, our young players going through this, having to answer questions daily on their performances as a team and individuals, I think that’s an important component. I think that something that will be different than what we had in California; we just weren’t really on the map as much there.”

“The benefit of being in the same city will be the opportunity to go games live,” said Love. “I looked at it the other day, I think will be about 22 games where the Flames were at home and we happened to be in the city at the same time. So that’ll be great.”

Because when it comes to development, it’s not just the players that will gain from being in the same city as the big club, but also Love and the Wranglers coaches.

“One hundred percent,” agreed Love. “This is an opportunity for me to grow as a coach, and our staff, being around Darryl and his staff, who we have a ton of respect for.

“I mean, no different than these players that are striving to get to the next level. I’m doing the same thing with my development, every coach is trying to learn each and every day, no matter how old you are. And I feel very fortunate to be in the same city with the group that we have.”