The Puck Is Down On Wranglers Camp 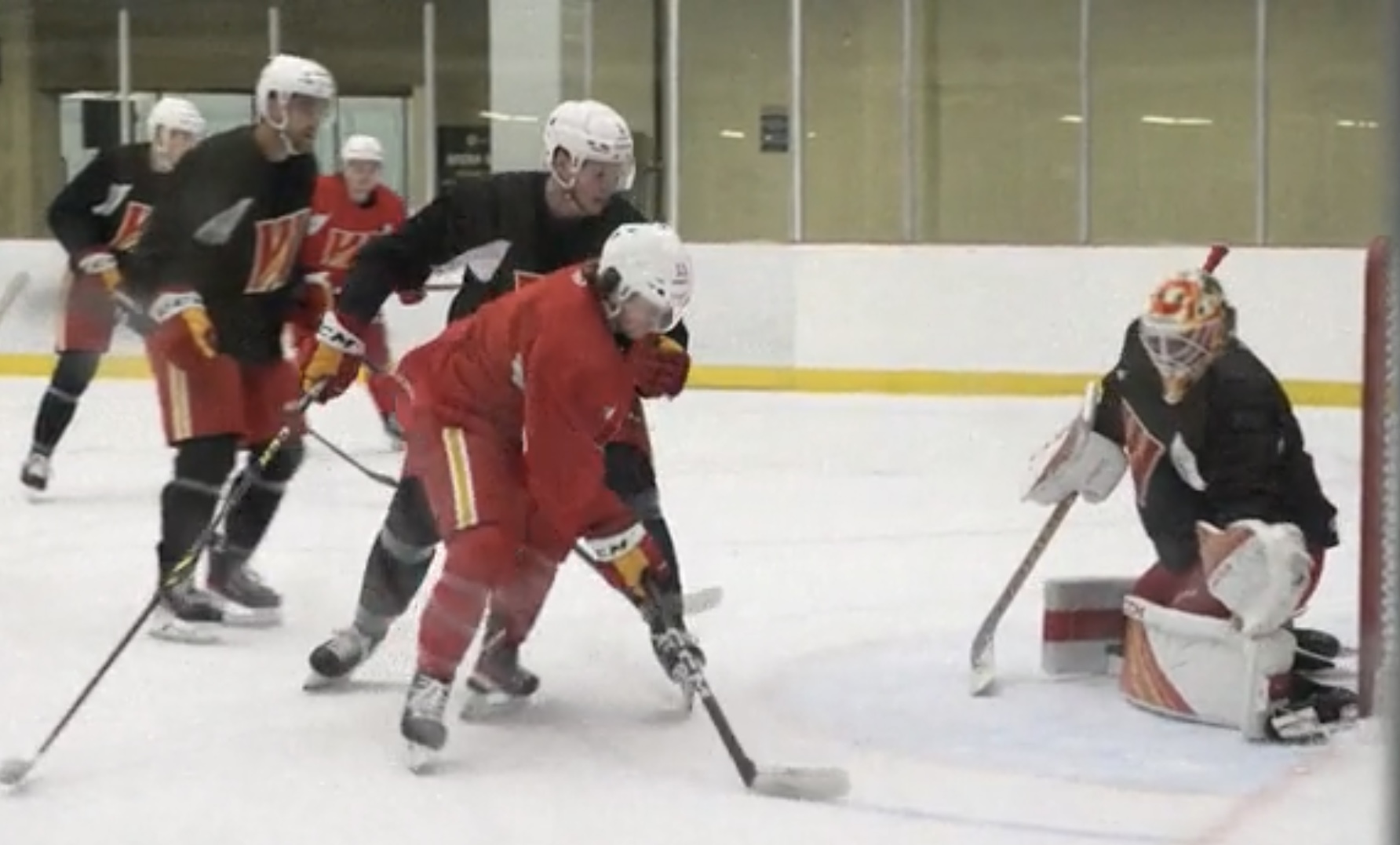 There were plenty of familiar faces as well as quite a few new ones Monday morning at Winsport Arena as the inaugural Wranglers AHL training camp got underway.

It’s the first season here in Calgary for the relocated Stockton Heat.

Wranglers forward Connor Zary, who missed last year’s Heat camp due to an ankle injury and was impressive  during Flames camp this year, is looking forward to settling in with this year’s group.

“It’s really exciting to have these guys and get this group started, get this camp going and see all the new faces,” he said.

Wranglers head coach Mitch Love said his goals for the club are simple as they ramp up for the regular season.

“Maintaining our condition level, we’ve got one exhibition game against the Dinos so you don’t get those game reps so we’ve got to try and replicate that in our practices,” said Love. “Try to generate some chemistry, whether it’s pairs, lines, in that area and try to bring our group together, a lot of new faces here.”

Speaking of lines, Zary, Jakob Pelletier and Matthew Phillips skated together on the first day of camp, pairing three of the team’s top offensive players together.

The veteran Phillips is excited about the prospect of playing with the young duo.

“Really excited,” said Phillips. “Pelts, I played with pretty much all season last year so not many secrets there between us, we work well together and he’s an excellent player.”

“I know Zary took big strides throughout the season and he had a strong camp with the Flames so I think obviously two really good young players and that’s a good line right there.”

“He had a really good camp (with the Flames),” Love added of Zary. “I think we all had an opportunity to watch that. He’s here, he’s got some things to work on like any of our players. We don’t really know what our lines are going to be yet, we put him with Pelletier and Phillips today to try to start up a little bit of chemistry there, he’s a confident kid right now and we need him to play with that.”

The team was split into two groups to start camp which will continue through Friday. The Wranglers practice at 9:40 and 11:10 daily at Winsport Arena B.

The lone Wranglers preseason game takes place Oct. 11 at the Scotiabank Saddledome against the University of Calgary Dinos at 6 p.m. before the Home Opener Oct. 16 at 1 p.m. against Coachella Valley.