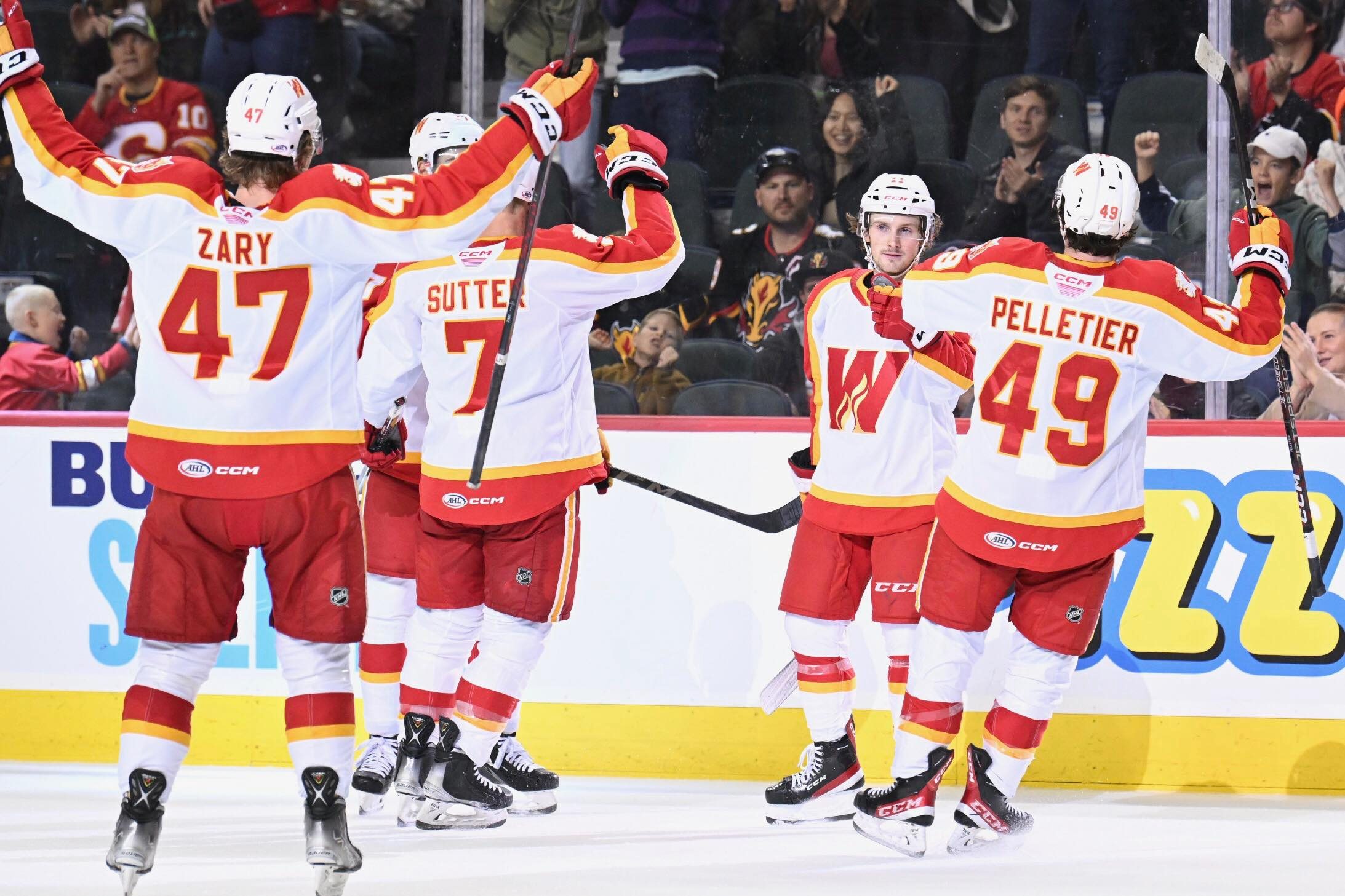 The building was loud and the Wranglers came out strong but it was the Coachella Valley Firebirds that came out on top 6-5 in Calgary on Sunday afternoon.

It was the first game for the relocated and renamed Wranglers, and the first ever tilt for the Firebirds.

The game started with an early candidate for play of the night when Wranglers netminder Dustin Wolf stretched out to make a huge glove save on the penalty-kill, and then defenceman Dennis Gilbert slid across to the other post to make a stop and keep the game scoreless.

Coachella Valley, the second oldest team in the AHL, controlled much of the first period of play and were rewarded with a goal from Kole Lind seven-minutes into the opening stanza.

The two teams traded penalties and chances for the remainder of the first period but  it remained 1-0 after 20 minutes.

The scoring picked up in the second period as the Firebirds extended their lead to 2-0 on a powerplay goal.

The first goal in Wranglers history was tallied on the powerplay at 7:03 by rookie blueliner Poirier.

The Firebirds would answer back quickly with a pair of goals of their own from Michal Kempny and Max McCormick to go up 4-1.

They would add another about two-minutes later spelling the end of Wolf’s night. Oscar Dansk came on in relief.

That seemed to spark the Wranglers as DeSimone hit the back of the net late in the second before Phillips scored on the powerplay with .1 seconds remaining in the frame to send the Wranglers to the locker-room only trailing by a pair.

Coachella Valley extended their lead to three once again early in the third on a breakaway to make it 6-3.

The Wranglers would not go away, however, as Phillips grabbed his second powerplay goal of the night on a neat wrap-around goal, with the assists going to Connor Zary and Jakob Pelletier.

Shortly after that,  Duehr got the Wranglers within one on a strong play in front of the net.  His goal was assisted by Cole Schwindt and Brett Sutter.

The Wranglers piled on the pressure in the final few minutes but they just couldn’t find the equalizer.

Final shots in the game were 32-30 in favour of the Firebirds.

The Wranglers went three-for-eight on the powerplay while killing off three of the four penalties they took.

The two teams are right back at it tomorrow night at 7 p.m. from the Saddledome.