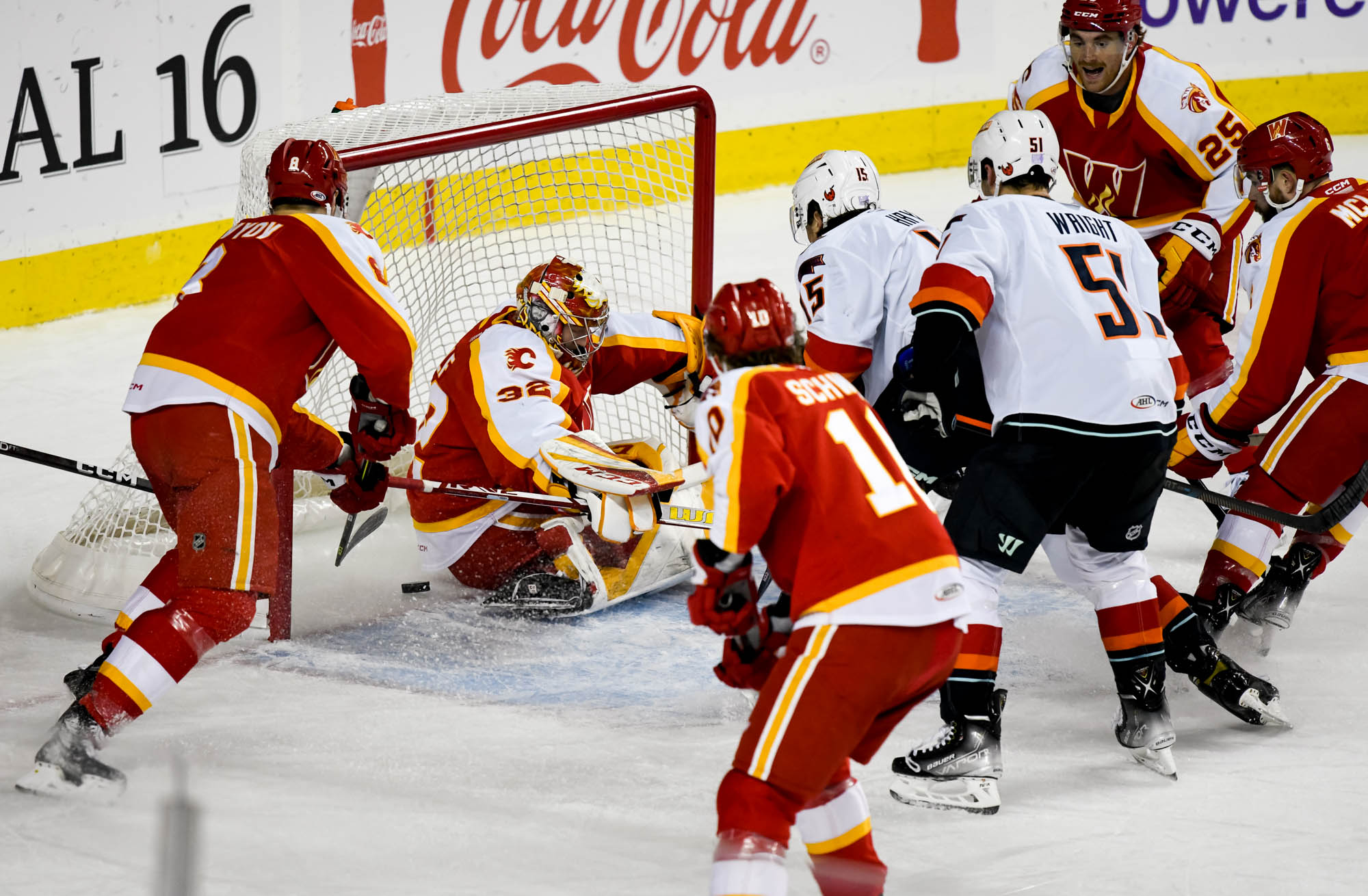 It came down to the wire, but the Wranglers fell short late.

Calgary had a one-goal lead heading into the third period Thursday, but the Coachella Valley Firebirds rallied, scoring in the final seconds of the game to earn a 4-3 comeback win at the Scotiabank Saddledome.

Emilio Pettersen scored a pair of goals for the Wranglers in career game number 100, while Jakob Pelletier kept his scoring-streak alive, extending it to eight games with his seventh goal of the season.

Shane Wright picked up two goals in his second game with the Firebirds.

The Wranglers started strong from the outset, dominating the first few shifts of the game. Notably, the line of Pelletier, Matthew Phillips and Radim Zohorna created multiple chances around the net early on.

Then midway through the frame, with the Wranglers on the powerplay, Pettersen hammered home his third goal of the season on a one-timer to put the homeside on the board.

The Firebirds responded minutes later, however, when Shane Wright wired a shot top corner off the crossbar and in to tie the game 1-1. It was his second goal in two games with the Firebirds since being assigned to Coachella Valley earlier this week.

Calgary padded their lead midway through the second period with a pair of quick goals.

First, Pelletier found the back of the net to extend his point-streak to eight games. Then, Pettersen tipped home a perfectly-placed shot from Jeremie Poirier for his second goal of the contest, extending the Wranglers lead to 3-1.

Coachella Valley would cut into the lead with less than five minutes remaining in the frame, as John Hayden found the back of the net.

Both teams tightened up defensively in the third period thanks to solid goaltending on both sides.

The Firebirds would eventually draw even at the 10-minute mark, when Wright notched his third goal of the season to tie the game.

Later, with mere seconds left on the clock and overtime looming, Cameron Hughes redirected home his first goal of the season with 6.3 seconds for the victory.

The Wranglers are back in action on Friday afternoon at 1 p.m. against the Abbotsford Canucks.