Wranglers Ready for Another Run 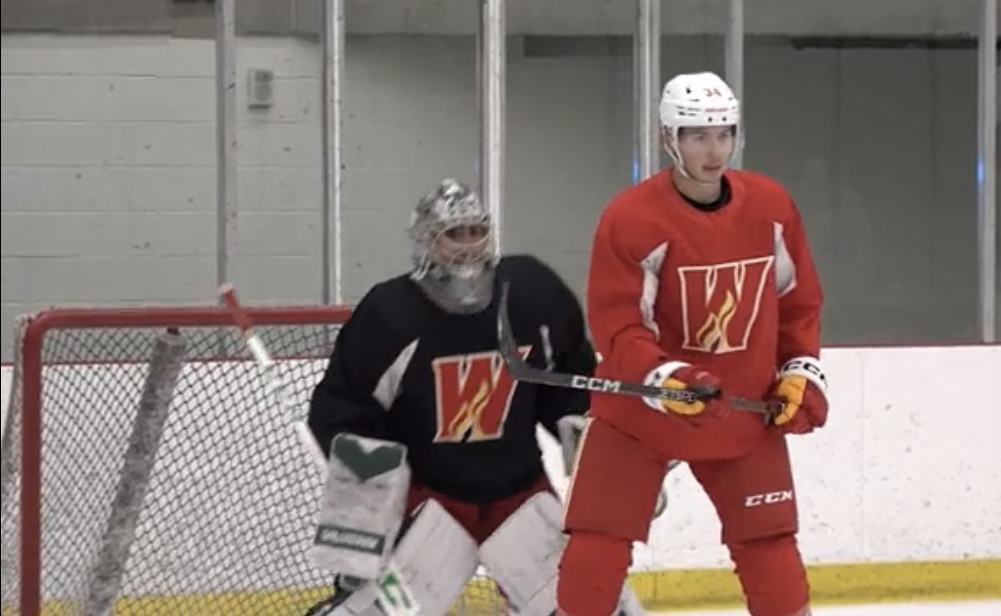 It was a deep playoff run last year for the Stockton Heat, now the relocated and rebranded Calgary Wranglers think they have the group to make another Calder Cup push.

The Wranglers lost a few veteran bodies in the offseason including, captain Byron Froese, but made key additions to fill those gaps, including Brett Sutter who is a veteran of 974 career AHL games.

“I would say he’s got a pretty good chance on that (the captaincy),” said Love. “We’ll talk about it, we’ve got a few weeks here before we kick things off but I wouldn’t bet against him on that one.”

Younger players such as Jakob Pelletier are looking to step up and take a larger leadership role but know how big Sutter will be for the locker-room.

“I think I got experience from last year,” Pelletier said. “We got Brett Sutter that’s going to play his thousandth game in the (AHL) this year also so he’s going to be a good guy to look up to.”

The Heat (now Wranglers) made it all the way to the AHL Conference Finals last year, finishing first in the division and second overall with 97 points in the regular season.

“I think we take the same mindset into it right from the start of camp,” said forward Connor Zary. “Last year we knew we had a good team and were going to make a run for it, we still have a lot of work to put in to make ourselves the team we were last year so I think nothing changes this year. We’re going to try and make a run at everything and try and win games and be the best team possible.”

“We kind of lost some key guys,” added Pelletier. “But I think some key guys jumped into the team here also, so I think…we’re going to have to bond quick because I’m pretty sure we have a good season ahead.”

The Wranglers 20-year-old defenceman Jeremy Poirier on Tuesday, was sent down by the Flames. Poirier is coming off a Memorial Cup win with the Saint John Sea Dogs in June. He had two 50-plus-point seasons in the QMJHL and should add some scoring touch to the Wranglers blueline.

The Wranglers will have a scrimmage Wednesday at 10:30 a.m. at WinSport Arena. Their Home Opener is Oct. 16 at 1 p.m. against Coachella Valley.