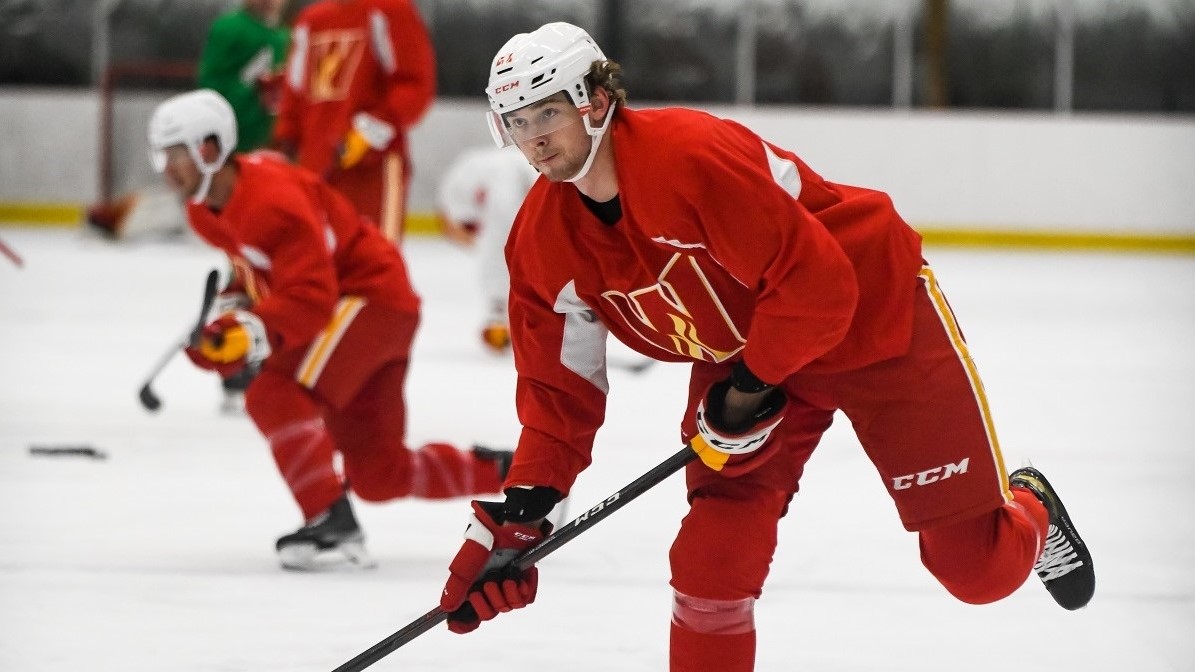 Many of the Calgary Wranglers got in some recent pre-season action with the Flames but tonight marks the first and only tilt for the AHL club before Sunday’s home-opener.

The Wranglers take on the University of Calgary Dinos men’s hockey team this evening at the Scotiabank Saddledome. The game is closed to the public.

With it being the only test before Sunday, there are a few factors that go into who will take part with players still battling for positions.

“One of the conversations we had was about getting as many new guys that we didn’t know (into it),” said assistant coach Don Nachbaur. “But, at the same time, keeping our veteran players sharp because it’s been a long time since they played an exhibition game, for some of them it’s been a week and a half.”

“Our lineup will be similar to what we’ll have on opening night because we want our guys sharp,” he added.

So what are the coaches looking for tonight?

“We want to start the season off with good habits and that’s what we do behind the bench talking about our habits,” said Nachbaur. “Whether it’s stick details, whether it’s angles, whether it’s the checking skills or offensive skills. At the end of the day, we want to create an identity right from day one.”

The players have the same hopes, making them eager to hit the ice.

“Obviously everybody’s got to build a little chemistry going into the season,” said new Wrangler Cole Schwindt. “It’s nice to get an exhibition game in here with the group that we have so we will see what we can do.”

Schwindt, who was acquired from Florida with Jonathan Huberdeau and MacKenzie Weegar,  will be a huge addition to a Wranglers team that got younger over the offseason. He had 40 points in 72 games and is looking to make the jump to the NHL.

It doesn’t appear as though Matthew Phillips will be in the lineup tonight but someone who has been playing on his wing throughout camp, Connor Zary, is excited to get going.

“Get a little bit of rust out, get our systems going, get our game plan together a little bit,” Zary said. “It’s a little bit of a weird exhibition but one game to show what you got and put yourself out there for the coaching staff, also just for us to shake off the boots and get ready for Sunday.”

The Wranglers have three goaltenders remaining in camp but will go with Oscar Dansk and Dustin Wolf tonight splitting time in net.