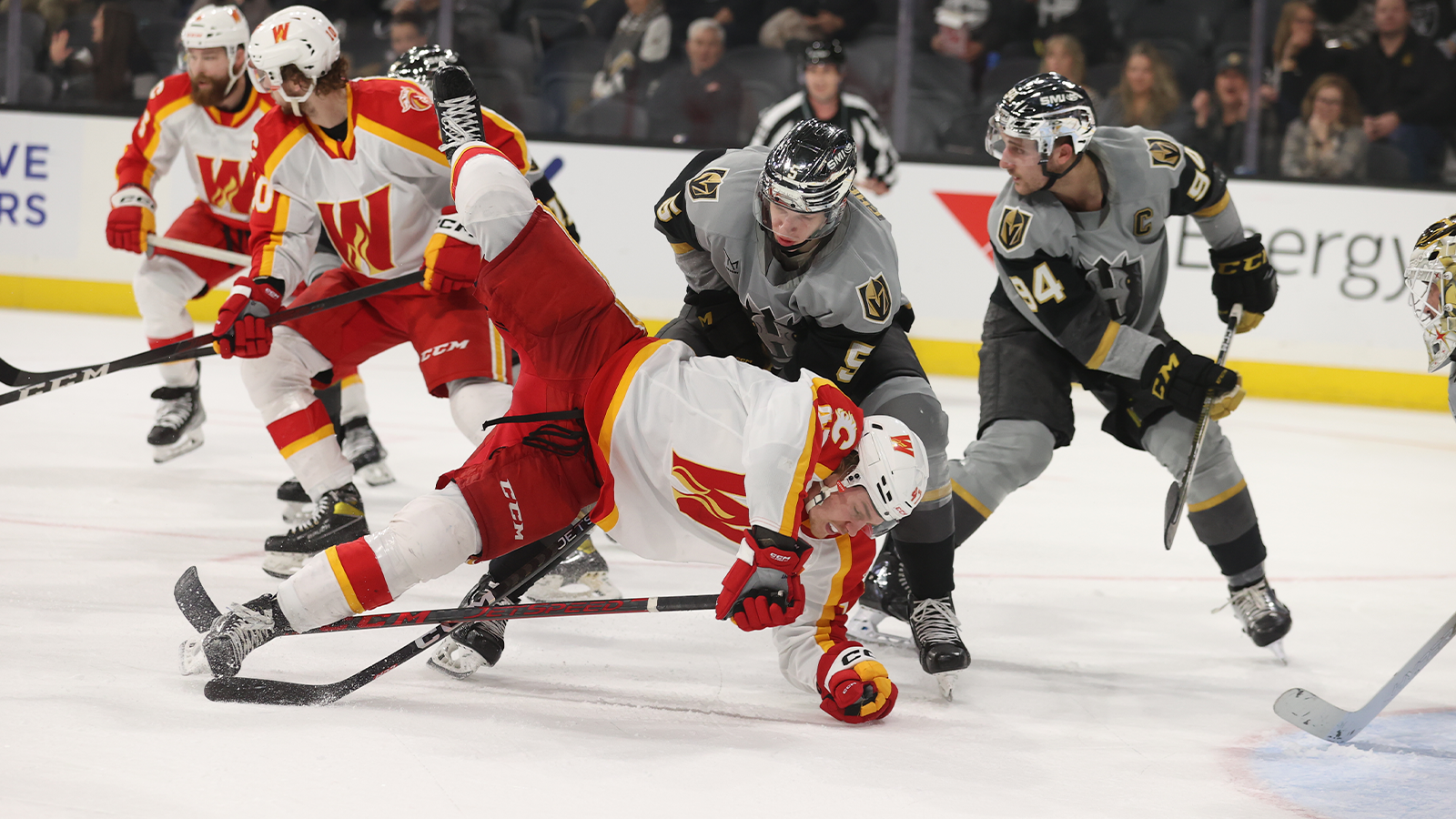 It was a valiant effort, but the Wranglers fall short against Henderson.

The Wranglers took on the Henderson Silver Knights for the first of two dates in the desert looking to extend their winning streak to four games but fell 3-1 at the Dollar Loan Center on Friday night.

Connor Zary scored the lone goal for Calgary, his 12th goal of the season, while Oscar Dansk got the start between the pipes against his former team making 27-saves in the loss.

The Silver Knights were first on the board in this one, opening the scoring at the midway mark of the first period. With Henderson on the powerplay, Jonas Rondbjerg lit the lamp for his ninth goal of the season to give the Silver Knights the 1-0 lead.

Calgary fired 37 total shots on goal in the game, but Silver Knights netminder Jiri Patera turned aside 36 of 37 shots he faced to earn the victory.

The lone goal from Calgary came in the second period.

Henderson would add to their lead in the middle frame, when Jake Bishoff picked up his third tally to double up the lead. The two-goal advantage wouldn’t last long, however. The Wranglers answered back after a point shot from Ilya Solovyov was stopped initially, the rebound was kicked out onto Zary’s stick and he buried it for his 12th goal of the season to cut into the lead. Solovyov and Nick DeSimone both picked up assists on the Zary’s marker.

Calgary trailed 2-1 at the break.

There were just four penalty calls total in the contest. The Wranglers got their only two opportunities on the powerplay in the third period, but failed to capitalize on their chances, going 0-for-2 in the game. In the final minute of the game and the Wranglers net empty, Spencer Foo sent the puck into the open net to seal the deal for the Silver Knights.

Both teams will meet again for a rematch on Saturday afternoon at 4pm MST.